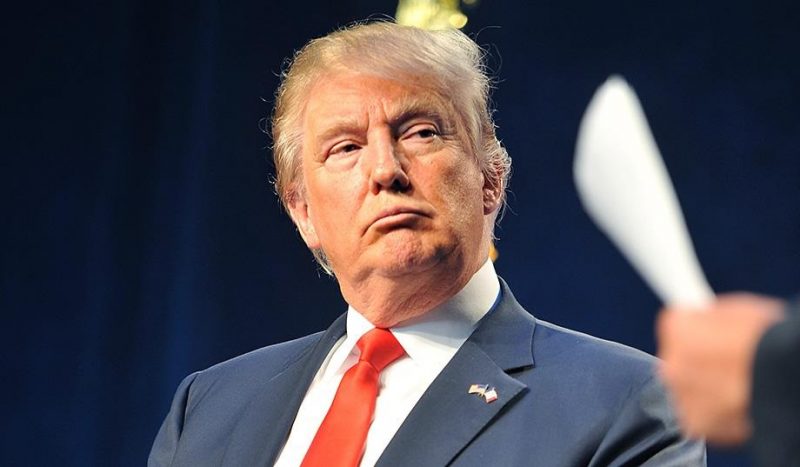 Donald Trump is concerned that we may be in for another stock market crash.

On Tuesday, the Republican presidential candidate called the stock markets “a big bubble.” Some commentators have pointed out it may seem odd then that Trump himself has a fair amount of his money invested in stocks.

But a closer look at Trump’s portfolio may suggest he’s not saying one thing and doing another. The types of stocks in Trump’s portfolio suggests that he is cautious about the stock market right now. And his portfolio is relatively well positioned to survive a drop.

The bulk of Trump’s stock market portfolio is invested in relatively safe large cap stocks. Among his top holdings, the smallest company he owns shares is in oil refining giant Phillips 66. Coincidentally, Phillips 66 is also a large holding of Warren Buffett’s Berkshire Hathaway. The two have not seen eye-to-eye on the election.

But like the famous investor, Trump has put most of the money he has invested in the market into so-called value stocks, which tend to do better when the market drops than other companies. For example, the average price-to-earnings ratio of Trump’s top five holdings was 16.4, based on what those companies are expected to earn this year. That’s less than the average stock in the S&P 500, which had a P/E multiple of 18.

On top of that, some of Trump’s biggest holdings from the year prior, such as Bristol-Myers Squibb, were pared down significantly in 2016. Trump’s Bristol-Myers stake was cut from $ 1 million to $ 5 million in value last year to less than $ 1,001 by May 16.

The real estate mogul filed the financial disclosure with the Federal Elections Committee on May 16 noting his investments in securities, bonds, hedge funds, and various other assets.

Some of Trump’s stocks do make interesting bedfellows for the outspoken candidate.

Trump’s largest stock market holding is Apple, though that stake fell to less than $ 1.25 million from as much as $ 6.5 million in July 2015. Notably, Apple is a company Trump once criticized for denying FBI requests to unlock a San Bernardino shooter’s iPhone earlier this year.

The one stock that may cause problems for Trump if the market were to tank is mega bank J.P. Morgan Chase. But Trump has also cut down significantly his stake in that company to less than $ 250,000 from as much as $ 1.1 million a year ago. And as mega banks go, J.P. Morgan is considered one of the safest.

Here are Donald Trump’s top 14 stock holdings, and the estimated value of those stakes based on FEC filings. Keep in mind the commission allows candidates to give broad estimates of asset worth, nor do the rankings below account for shares Trump may have bought indirectly through hedge funds:

Despite the candidate’s love of all things gold—even the gold standard—the Republican nominee has a relatively small holding in bullion: about $ 100,000 to $ 250,000—the same as the year prior.