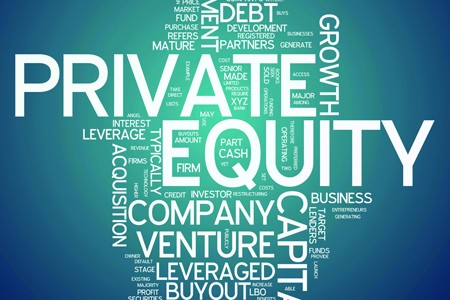 NEW YORK : Private equity funds are looking to sell shares in two U.S. energy companies, people familiar with the plans said this week, deals that could end a year-long drought for Initial Public Offerings (IPOs) in the oil and gas sector.

In its current form, Extraction would be valued at more than $ 3 billion in an IPO, though it could acquire more acreage and grow further, the people said.

Vantage Energy LLC, a natural gas exploration and production company, has also privately filed with the securities regulator according to the sources.

Under SEC rules, small start-up companies can confidentially file a Form S-1, used by companies planning on going public to register their securities with the SEC.

Representatives for Extraction, Vantage, Yorktown, Riverstone and Lime Rock declined to comment. Quantum did not respond to a request for comment.

Primarily a producer of natural gas, Vantage ended a previous attempted IPO in the second half of 2014 when the price of gas went on a downward spiral for 16 months. According to documents filed at the time, Vantage could have been valued at about $ 2 billion in enterprise value including debt. Since then, Vantage has taken advantage of lower prices to purchase additional acreage.

Natural gas prices NGc1 have bounced a bit from lows hit in the first quarter, while oil prices CLc1 also have clawed back some from 12-year lows hit early this year, prompting private equity backers to look anew at selling some or all of their investments. [NGA/] [O/R]

An IPO would partially cash out the private equity owners, and some of the capital raised would go to fund drilling programs and the acquisition of more oil resource-rich acreage, industry executives said. Outright sales could also be a popular alternative to an IPO because the private equity owners would fully realize their investments while any additional development capital would then come from the acquirer’s purse.

In addition to Vantage and Extraction, nearly a dozen more natural resource drillers and producers are considering an IPO, according to more than 10 bankers, industry executives and people working in private equity firms who were interviewed by Reuters.

Most candidates are based in sought-after oil fields where drilling can be done at a low costs per barrel including Texas’ Permian basin, Colorado’s Denver-Julesburg basin, the Utica and Marcellus basin in Appalachia and Oklahoma’s SCOOP/STACK area. Those firms considering an IPO already have or are targeting more than 20,000 barrels of daily production by 2018.

“In order to IPO, companies that are well positioned in lower cost regions need to be able to say: ‘We have existing production of X barrels per day, a clean balance sheet with reasonable leverage levels and an inventory of attractive locations to develop at current prices,’” said Robert Cabes, a managing director at Intrepid Financial Partners, the oil and gas merchant bank.

Representatives for Great Western, Jagged Peak and Brigham Resources did not immediately return a request for comment.

Only two or three oil and gas producers are expected to actually make their trading debut by the end of 2016. Further offerings, as many as eight more, could have IPOs by mid-2017 depending on shareholder reception and the price of oil itself, the people said.

U.S. crude futures rallied from 12-year lows of $ 26-$ 27 in the first quarter to almost $ 53 in June, boosted initially by expectations, later dashed, that OPEC would freeze output and later by supply outages. They are trading above $ 40 a barrel this week but a global supply glut has led many traders to predict lower prices going forward.

Some IPO candidates may not reach the public markets because corporate buyers may swoop in first. Energy companies have boosted their coffers by raising more than $ 30 billion through secondary stock offerings since early 2015.

Centennial Resource Development got within a week of its IPO before it was bought by Silver Run Acquisition Corp SRAQU.O, run by energy industry veteran Mark Papa.

Silver Run’s purchase of Centennial also signaled that private exploration and production companies were no longer being valued at a discount to their publicly traded peers, a shift that may make them easier to sell.

Silver Run, a special purpose acquisition vehicle with no other assets, increased in value by 10 percent following its acquisition of Centennial.

Some private equity firms may use the IPO process to draw out bidders in a process known on Wall Street as a “dual track” approach.

“The private equity owners may be stirring the pot in an attempt to lure a bidder,” said Geoff Davis, a managing director at investment bank Morgan Stanley.

The public valuation process can be helpful to securing a high price from private buyers. Public investors are usually willing to give a company the benefit of the doubt that oil will go up in value and also award an energy companies with a “growth premium” in anticipation of a rise in production volume.