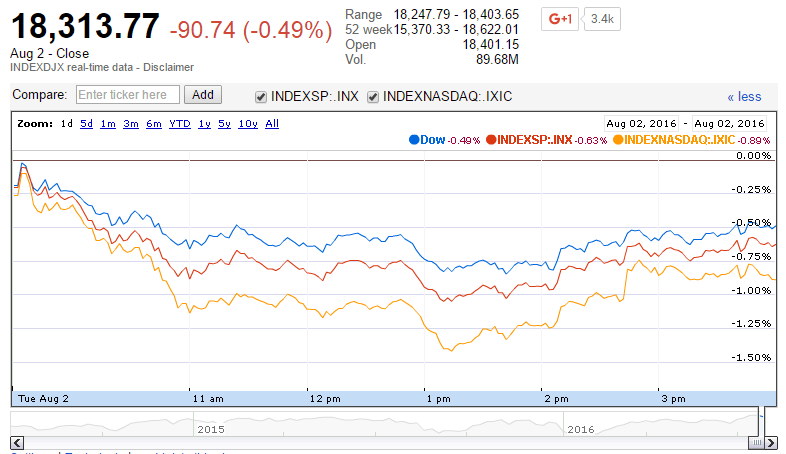 Tuesday’s auto sales data was a leading focus on the economic calendar. With the final total not available until the end of the day, auto sales appeared to be strong for July with the annualized rate for North America ahead of the June total. Personal income and outlays was also a key report for the day. The PCE Price Index reported a year over year increase of 0.9 percent. The Core PCE Price Index reported a 1.6 percent increase.