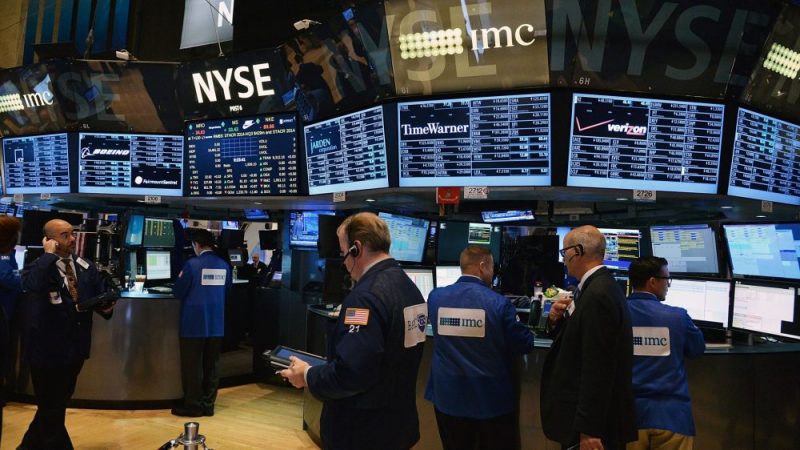 US : Skidding oil prices pull down S&P from record high

The S&P 500 and the Dow fell in early afternoon trading on Monday, dragged down by energy stocks as oil prices fell, while the Nasdaq was led higher by Apple and Alphabet.

The S&P, which had earlier hit a fresh intraday all-time high, has been on a record-setting rally – helped by largely positive data and strong earnings. The index touched an intraday high for the seventh time in July on Friday.

The S&P gained 3.6 percent in July – its best month since March – lifting its valuation well above historical levels.

Oil prices fell about 3.6 percent due to an increase in OPEC production and U.S. oil rig additions. U.S. crude fell below $ 40/barrel for the first time since mid-April.

Exxon (XOM.N) and Chevron (CVX.N) were down 3.1 percent and 2.7 percent, respectively. The stocks were the biggest drags on the S&P and Dow.

Tepid U.S. second-quarter GDP data on Friday, however, dimmed some of the optimism over the state of the economy.

“The economic data until last week had been pretty decent but since the GDP numbers came out, we’re seeing holes in the argument that the second half of the year is going to be better,” said Art Hogan, chief market strategist at Wunderlich Securities in New York.

The chance of an interest rate hike by the end of the year fell to about 33 percent after the GDP numbers were released, according to CME Fedwatch, from about 50 percent early last week.

The index is trading near 17.4 times forward 12-month earnings, above the 10-year median of 14.7 times, according to StarMine data.

“At these valuations, the market is desperate for a catalyst to move higher,” said Hogan.

Five of the 10 major S&P sectors were higher, with the health index’s .SPXHC 0.54 percent rise leading the advancers.