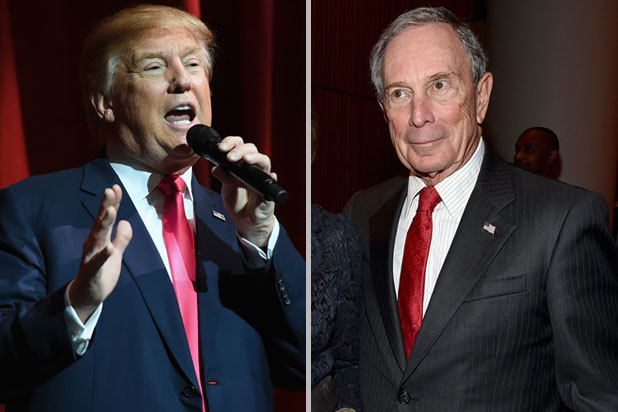 Michael Bloomberg, the self-made billionaire and former Republican mayor of New York City, on Wednesday night told the Democratic National Convention that Hillary Clinton must be elected for the good of the country.

Bloomberg, now an independent, said that he is not endorsing the Democratic Party platform, going so far as to say that Democrats too often blame the private sector for economic troubles, and are obstructionists on issues of education reform and deficit reduction.

But he also said that he believes Trump is a “dangerous demagogue” who must be defeated, and that not all business experience is created equal.

Bloomberg ripped Trump’s business history, including his multiple bankruptcies and approximately 3,500 lawsuits. The current Bloomberg LP CEO also added that he didn’t need a million dollar check from his father to start his company.

“Trump says he wants to run the nation like he’s run his business. God help us. I’m a New Yorker, and I know a con when I see one.”

Bloomberg had given serious thought to running for president himself, and was viewed by many as a moderate alternative in the event of a Bernie Sanders nomination by the Democrats. By March, however, Bloomberg had determined that his candidacy would be futile, resulting in the election of either Trump or Sen. Ted Cruz; which he referred to as “a risk I can’t take in good conscience.”