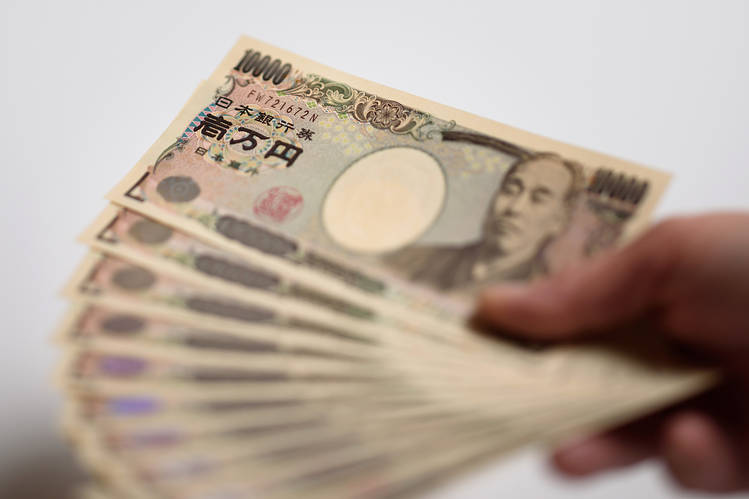 LONDON : The yen lost ground on Wednesday, extending losses against the dollar after recording its biggest two-day fall in almost two years, as risk appetite bounced back in the European session.

The safe-haven yen had tumbled 4 percent against the dollar since the start of the week, its worst performance since November 2014, after Japan’s Prime Minister Shinzo Abe’s ruling coalition won a clear victory in upper house elections, fuelling expectations of more fiscal stimulus.

Monday’s news that Britain would by Wednesday have a new prime minister – current interior minister Theresa May – and a bumper U.S. jobs report at the end of last week had also boosted risk sentiment, which had served to further dent the yen.

Some investors had hoped that former U.S. Federal Reserve chair Ben Bernanke’s meetings with Japanese leaders this week would herald the adoption of “helicopter money”, a term which Bernanke has in the past mentioned as a way central banks might finance government budgets to fight deflation.

But the dollar hit a session low of 103.95 yen JPY= shortly after Chief Cabinet Secretary Yoshihide Suga downplayed the idea.

“Globally we are seeing an environment where investors are buying riskier assets and that is putting the yen under pressure” said Petr Krpata, currency strategist at ING. “There is a lot of expectations of some mega stimulus from Japan. If they disappoint, we could see the yen bounce back.”

Currencies seen as riskier plays that had rallied sharply on Tuesday such as the Australian dollar AUD=D4 and the New Zealand NZD=D4 dollar, which had hit a 14-month high, were all trading higher.

Later in the day, a Bank of Canada meeting on monetary policy is in focus. Though analysts are not expecting an interest rate cut, they think a dovish tone could be struck in the wake of the vote for Brexit, which could weigh on the Canadian dollar, which was up 0.2 percent. CAD=D4

“Rates markets are currently pricing only small chance of further policy easing and have room to increase pricing if the Bank starts to sound more concerned.”