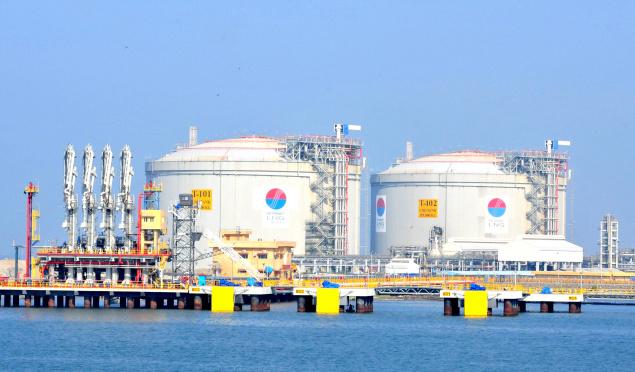 NEW DELHI : India’s biggest gas importer Petronet LNG aims to spend up to $ 3 billion in the next five years to expand overseas, setting up terminals in Bangladesh and Sri Lanka among other countries, its managing director said.

Falling spot LNG prices have boosted consumption of the fuel in India and triggered demand for LNG infrastructure in countries long shut out of the gas trade.

“We are thinking global and we are not looking inwardly only at India … we have potential and we should aim for 30 billion-40 billion rupees’ ($ 445 million-$ 596 million) worth of projects every year for five years,” Prabhat Singh told Reuters in an interview.

Petronet has previously just focused on importing liquefied natural gas (LNG) for regasification at its plants at Dahej in Gujarat and at Kochi in Kerala.

Singh said the company plans to invest 50 billion rupees to build a 5 million tonne a year (mtpa) terminal at Kutbdia in Bangladesh and company officials would visit Bangladesh on July 23 to take the proposal forward. “We are hopeful of a favourable response from them,” he said.

Last month Petronet also submitted a proposal for a 1-mtpa floating LNG terminal in Sri Lanka, which wants a gas link for its 600-megawatt power plant, Singh said. That would require 13 billion rupees in investment, if approved by the Sri Lankan government.

Rising Indian demand for LNG has prompted Petronet to operate its 10 mtpa Dahej plant at 120 percent capacity, meaning it is regassifying and selling an additional 20 percent gas.

However, its Kochi plant is operating at a fraction of its 5-mtpa capacity as pipelines linking the terminal to industrial clients are not ready yet.

India’s current LNG consumption is about 58 million cubic metres a day (mcmd), up from about 45 mcmd last year, Singh said, and Petronet is on the lookout for overseas gas deals to meet rising Indian demand.

Russia last month offered Petronet and other Indian companies a stake in the second phase of its Yamal LNG project.

Singh said any deal with Russia would only be possible if the price of LNG from Yamal matches the spot market, which is flooded with cheaper supplies.

“India is a buyers’ market and we will need lots of gas, (but) the … price needs to be to our satisfaction,” he said.

Last year India renegotiated a long-term deal with Qatar’s RasGas to buy LNG at cheaper rates as local demand for the fuel was slowing.