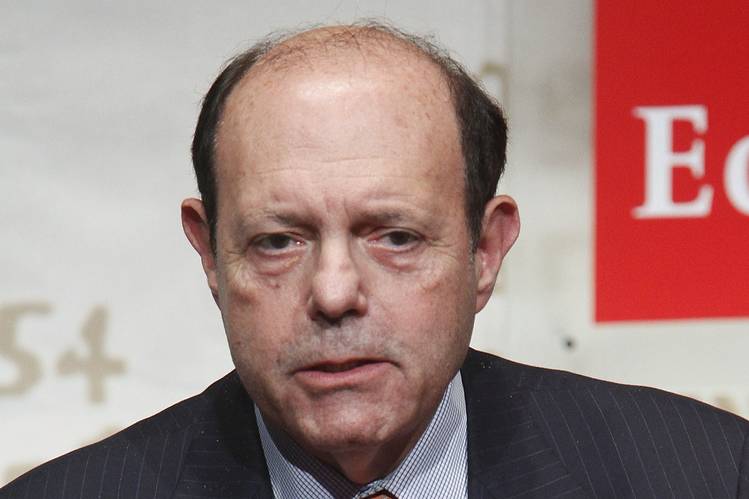 Eugene Ludwig can likely now afford that addition to his house. Or perhaps a heli-pad or two.

Ludwig is one of the best paid banking executives in the industry. He made more than $ 30 million as of 2013. That’s more than J.P. Morgan Chase jpm CEO Jamie Dimon, and more than the CEOs of U.S Bank usb , the No. 5 largest bank in the nation by assets; PNC Financial pnc ; and Suntrust Bank sti combined.

Yet Ludwig isn’t a banker. He used to be a top regulator, but he isn’t even that anymore. Instead, Ludwig runs a consulting firm that advises the nation’s banks on regulations. One of its offerings: helping the big banks pass the Fed’s stress test.

On Wednesday, the Federal Reserve released the results of the final round of this year’s bank stress tests, regulators’ best guess of whether a bank could survive another financial crisis. If the big banks pass, they are allowed to pay dividends, do stock buy backs, and other things that could boost the price of their shares; and, by extension, they can increase the compensation of their employees.

The Fed began to release results of its stress tests shortly after the financial crisis. And it began annual stress testing in 2012. An industry has grown up around the tests to advise banks on how to get a passing grade. Last week, the Fed released the results of the first half of the test. Like last year, for the second year in a row, every bank passed the first leg. And this year, most banks fared better than last year.

That could be in part because of the work of Ludwig and his firm Promontory Group. In all, banks spent $ 29 billion on consulting services last year. That was up from just over $ 16 billion in 2007, before the financial crisis. Not all of that is going toward stress testing. Banks have upped the amount of money they spend on complying with the increased regulations that have come with Dodd-Frank.

But because of the importance of the stress test, banks are likely spending a lot on preparation. And a good deal of that increasing pile is flowing to Promontory, the largest firm that specializes in bank consulting services. Other players in the stress testing consulting business are the big accounting firms and some much smaller consulting firms. On top of that, a number of conferences have popped up each year that focus on how banks can deal with stress testing, and do better on the test. One such conference is run by the Boston branch of the Fed.

All of this has been good for Promontory and Ludwig. The uber bank consultant, who is a regular at some of the biggest banking conferences, owns a 13,000-square-foot Washington mansion. The value of Ludwig’s home was estimated at $ 11.5 million three years ago. His estate also includes a tennis court and a modern art collection. Promontory’s website has a page dedicated to stress testing. It says the company assists “firms in meeting supervisory expectations for a Capital Adequacy Process, including interpretation of specific feedback from supervisors … and in developing remediation plans to address supervisory concerns.”

A spokesperson from Promontory declined to comment for this article.

Promontory has attracted a number of former top regulators, including Mary Schapiro, the former head of the SEC, after she left office. Schapiro has since left the firm. Last year, Promontory paid a $ 15 million fine to the state of New York to settle charges that it put its own interests before obligations it had to regulators in a consulting assignment it was completing for British bank Standard Chartered.