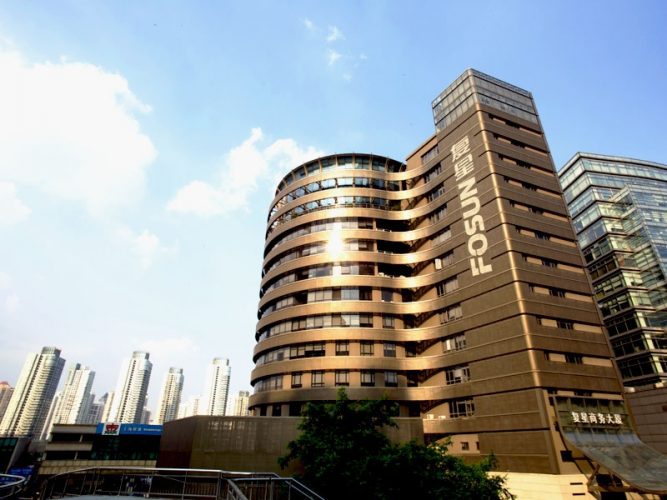 “For a value investor, volatility is a friend not an enemy. Market volatility and panic will probably bring better investment opportunities. So we are increasingly looking for development opportunities in Europe, and particularly in the UK,” Guo said.

The Brexit vote has reverberated through financial markets, sending the pound to its lowest level in 31 years despite government attempts to relieve some of the confusion about the political and economic outlook.

“Our currency risks in the UK have been fully hedged because we used insurance funds for some investments,” Guo said, adding his company has not been affected much by the Brexit vote.

Guo, 49 and one of China’s most powerful business leaders, said now is also a good time to invest in oil and commodities. “Oil is not trading at a high price, and Fosun has accumulated experience and learned lessons. So we will increase our investment in oil.”

Guo said Fosun will this year focus on its tourism and health interests.

Already invested in medical companies, Fosun will invest more in health management and health insurance, he said, and will create synergies among its tourism holdings, including Club Med and Cirque du Soleil.

The group is, however, adopting a “conservative” expansion strategy as it looks to gradually reduce its overall debt ratio, extend debt durations and lower financing costs, Guo said.

Fosun’s total debt rose by a fifth to 115 billion yuan ($ 17.3 billion) last year as it borrowed more to expand its businesses. Its net gearing ratio was 69 percent at end-2015.

Fosun this year has issued more than 10 billion yuan in the domestic open market at an average cost of about 3.7 percent, compared with costs of around 5 percent last year, Guo said. “We are going to increase the liquidity of Fosun’s assets, building a more prudent debt structure by pushing individual business segments to seek direct finance from capital markets.”

Fosun plans to list U.S. property and casualty insurer Ironshore Inc “as soon as possible” this year, Guo told Reuters ahead of the Newsmaker event. Fosun International said last week it would spin off Ironshore, which it spent $ 2.3 billion over two years to acquire, through a listing on the New York Stock Exchange or Nasdaq market.

While it reduces its debt load, Fosun has slowed its foreign investments – just as China’s outbound M&A deals have soared. Deals so far this year have topped last year’s total of $ 106 billion, and domestic investment bank CICC has projected total overseas acquisitions could rise to $ 150 billion this year.

In April, Moody’s restored the outlook on Fosun International Ltd’s Ba3 corporate family rating to stable from negative, reflecting Fosun’s “demonstrated ability to maintain its access to the funding markets and improve its debt maturity profile.”

Born in a rural village in the eastern province of Zhejiang, Guo studied philosophy at Shanghai’s elite Fudan University before founding an information service company with some classmates and around $ 15,0000 in capital in 1992.

Fosun first partnered with state-owned enterprises and invested in industrial assets before turning to insurance and consumer businesses.

Guo serves as a delegate to the National Committee of the Chinese People’s Political Consultative Conference, a parliamentary advisory body.