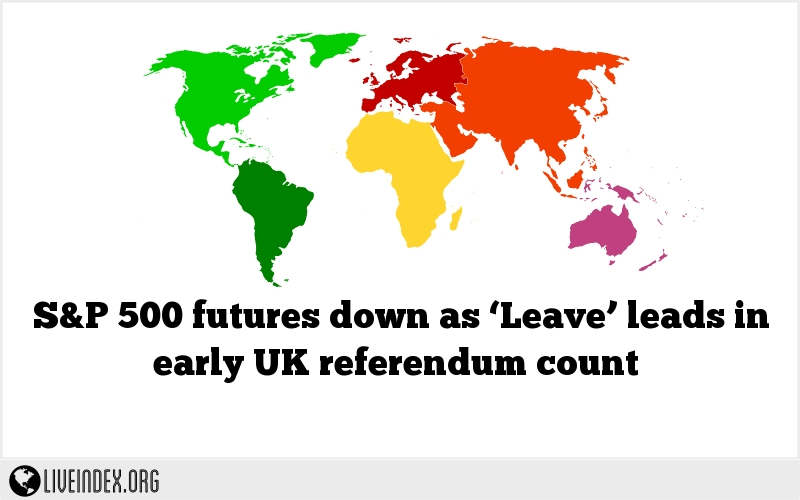 S&P futures fell 0.8 percent as early results showed the “leave” campaign with 52.6 percent of the vote and the “stay” camp at 47.4 percent. But it was too early to establish a firm trend in a contest that remained too close to call.

Sterling fell as low as $ 1.4351 GBP= against the dollar, more than wiping out its earlier gains, which had lifted the pound above $ 1.50 for the first time this year on the back of a YouGov opinion poll that suggested Britons had voted 52-48 percent to stay in the EU.

“These markets are thin, liquidity is poor and a recovery is obviously possible, but those traders who were looking to book a quick profit before a restful night’s sleep have had their ideas shattered,” said Jeremy Cook, chief economist at the international payments company World First.

Earlier on Thursday, U.S. stocks rose as investors bet the United Kingdom would remain part of the European Union, potentially avoiding damage to European trade and its consequences for the global economy.

The financial sector led the S&P 500 stock index with a 2.1 percent gain.

About 6.4 billion shares changed hands in U.S. exchanges, below the 6.8 billion average over the past 20 sessions.

Advancing issues outnumbered declining ones on the NYSE by a ratio of 4.98-to-1, and on the Nasdaq, a 3.57-to-1 ratio favored advancers.