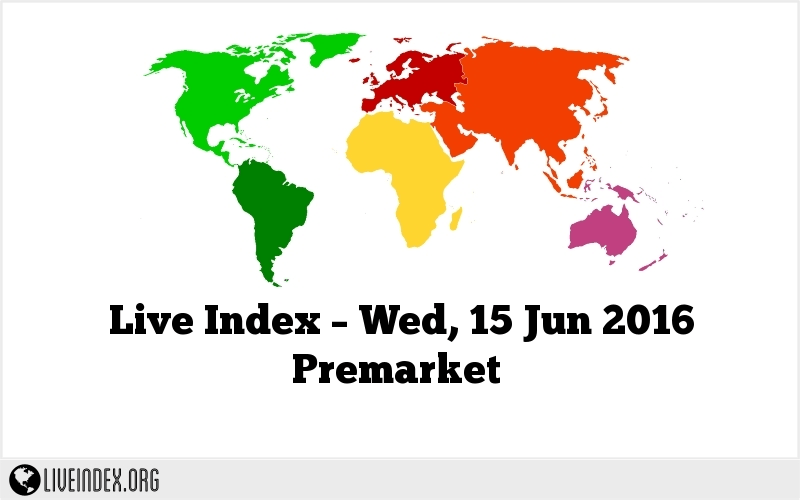 Sep E-mini S&Ps (ESU16 +0.21%) are up +0.21% and European stocks are up +1.39% ahead of the FOMC’s policy decision later today. Mining stocks are raw-material producers are leading the overall market higher with the price of copper (HGN16 +2.72%) up +2.67% at a 1-week high. Gains were limited as energy producing stocks were under pressure as the price of crude oil (CLN16 -0.87%) is down -0.97% at a 3-week low after the API late yesterday reported a 1.16 million bbl increase in U.S. oil inventories for last week. Asian stocks settled mostly higher: Japan +0.38%, Hong Kong +0.39%, China +1.58%, Taiwan +0.35%, Australia -1.08%, Singapore +0.21%, South Korea -0.02%, India +1.25%. China’s Shanghai Composite had opened lower at a 2-week low and the yuan plunged to a 5-1/3 year low against the dollar after MSCI Inc. refused to add China’s domestic equities to benchmark indexes. However, prices recovered and closed higher amid speculation that state-backed funds were buying stocks to support the market. China’s yuan also fell back from a 5-1/3 year low on speculation the PBOC was supporting the currency.

In a surprise move to many, MSCI decided against adding Chinese domestic equities to its global benchmark indexes. While China implemented a number of measures over the past year to meet the requirements of MSCI, including curbs on arbitrary trading halts and looser restrictions on cross-border capital flow, MSCI said that investors needed time to assess the effectiveness of such policy changes and that further improvements are needed.

There is one of the Russell 1000 companies that reports earnings today: Jabil Circuit (consensus $ 0.16).

U.S. Steel (X -4.44%) was upgraded to ‘Neutral’ from ‘Under Perform’ at Bank of America/Merrill Lynch

Best Buy (BBY -0.58%) was downgraded to ‘Neutral’ from ‘Outperform’ at Credit Suisse.

LinkedIn (LNKD -0.30%) was downgraded to ‘Sector Perform’ from ‘Outperform’ at RBC Capital Markets.

Hi-Crush Partners LP (HCLP +0.85%) dropped over 6% in after-hours trading after it announced a public offering of 3 million common units.

Scorpio Bulkers (SALT -7.71%) tumbled over 7% in after-hours trading after it announced a public offering of 20 million shares of common stock.

September 10-year T-note prices (ZNU16 -0.12%) this morning are down -6 ticks. Tuesday’s closes: TYU6 +0.50, FVU6 +0.75. Sep T-notes on Tuesday rallied to a new contract high and closed higher on the slide in global stocks on Brexit concerns, which fueled safe-haven demand for T-notes. T-notes also received a boost from a rally in German bunds to a record high as the 10-year bund yield fell below zero for the first time and from reduced inflation expectations as the 10-year T-note breakeven inflation rate sank to a 3-month low. T-notes were undercut by the stronger-than-expected U.S. May retail sales report of +0.5%.