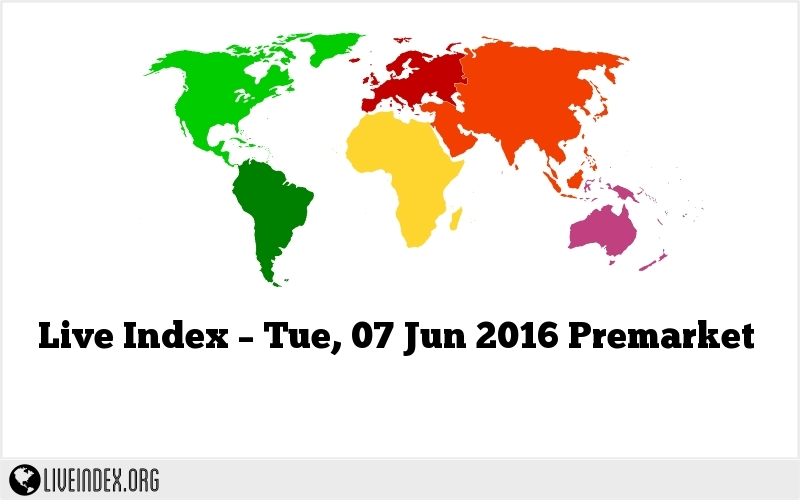 China May foreign reserves fell to $ 3.192 trillion, more than expectations of $ 3.2 trillion and the lowest level in 4-1/3 years.

Layne Christensen (LAYN -1.01%) reported a Q1 loss continuing operations of -45 cents a share, a wider loss than consensus of -32 cents.

Discovery Communications (DISCA +1.73%) was downgraded to ‘Underperform’ from ‘Market Perform’ at Bernstein.

Thor Industries (THO +0.54%) gained over 1% in after-hours trading after it reported Q3 adjusted EPS from continuing operations of $ 1.51, better than consensus of $ 1.43.

WWD reported that Ralph Lauren (RL +0.54%) plans close some stores and cut up to 10% of its workforce.

DryShips (DRYS +10.80%) tumbled 12% in after-hours trading after three lenders said DryShips had elected to suspend principal repayments and interest payments and was in breach of certain covenants in loan agreements.

September 10-year T-note prices (ZNU16 -0.07%) this morning are down -2.5 ticks. Monday’s closes: TYU6 -3.00, FVU6 -0.75. Sep T-notes on Monday closed lower on on comments from Fed Chair Yellen who said positives outweigh the negatives and that gradual interest rate hikes are still appropriate even after last Friday’s weak payroll report. T-notes were also undercut by reduced safe-haven demand after the rally in the S&P 500 to a 1-1/2 month high.