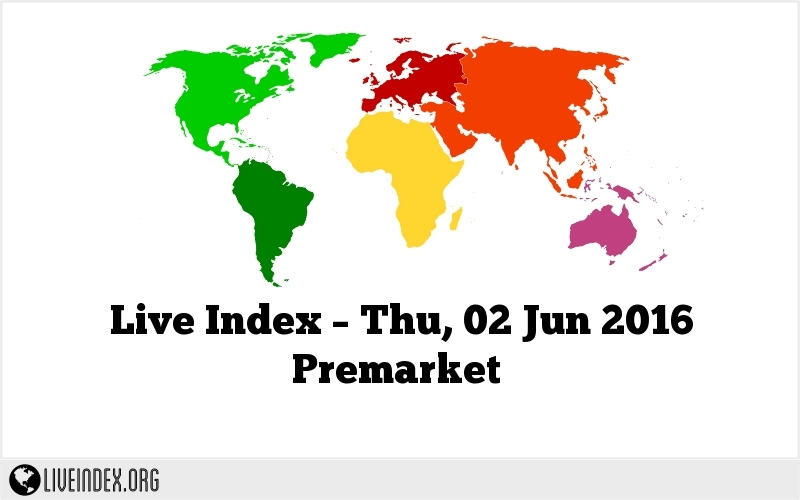 In today’s OPEC meeting in Vienna, Saudi Arabia proposed that OPEC restore a production target scrapped at the cartel’s last meeting in December, although Iran opposes a production target as it wants to boost its oil production to pre-sanction levels. The odds of any cut in OPEC production are small after Iranian Oil Minister Bijan Namdar Zanganeh said “a general quota for OPEC with no country quota has no meaning.”

Oracle (ORCL +0.15%) is down over 2% in pre-market trading after a former senior finance manager said in a whistleblower lawsuit that she was instructed to add millions of dollars in accruals to cloud-service reports.

Exxon Mobile (XOM +0.25%) was downgraded to ‘Neutral’ from ‘Buy’ at Bank of America/Merrill Lynch.

Guidewire Software (GWRE +3.03%) gained over 3% in after-hours trading after it reported Q3 adjusted EPS of 14 cents, higher than consensus of 6 cents.

Ollie’s Bargain Outlet Holdings (OLLI +4.55%) reported Q1 adjusted EPS of 29 cents, higher than consensus of 16 cents, and then raised its full-year EPS estimate to 85 cents-87 cents from an April 6 view of 83 cents-85 cents.

Weatherford International PLC (WFT -1.43%) slumped over 9% in after-hours trading after it said it plans a $ 1 billion bond offering to refinance its debt.

Keryx Biopharmaceuticals (KERX -0.50%) rose over 4% in after-hours trading after Baupost Group reported a 42.5% stake in the company.