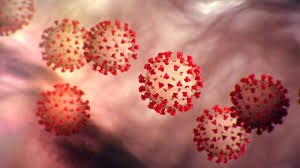 The World Health Organization will meet on Friday to discuss a new heavily-mutated variant of Covid-19.

The variant known as B.1.1.529 has been detected in small numbers in South Africa, WHO officials said, with reports on Friday morning of cases being found in Israel and Hong Kong.

Here’s what what we know so far:

South African scientist Tulio de Oliveira said in a media briefing held by the South Africa Department of Health on Thursday that the variant contains a “unique constellation” of more than 30 mutations to the spike protein, the component of the virus that binds to cells.

This is significantly more than those of the delta variant, which spread like wildfire earlier this year to become the dominant strain worldwide.

Many of these mutations are linked to increased antibody resistance, which may reduce the effectiveness of vaccines and affect how the virus behaves with regard to vaccines, treatments and transmissibility, health officials have said.

Dr. Maria Van Kerkhove, WHO’s technical lead on Covid-19, said in a livestreamed Q&A on Thursday that scientists “don’t know very much about this yet” and that it would take a few weeks to gain a full picture of how the variant reacts to existing vaccines.

‘Most significant variant’ to date

The U.K. immediately moved to ban flights from South Africa, Lesotho, Botswana, Namibia, Eswatini and Zimbabwe from noon on Friday to 4 a.m. local time on Sunday.

The U.K. Health Security Agency is investigating the variant, which Health Secretary Sajid Javid said is “potentially concerning.” No cases have yet been identified in the U.K., and Javid emphasized that although more data is needed at this early stage, the government had opted to take precautions.

“It looks like this particular variant has a very concerning sets of mutations especially in the spike protein, which is needed for its transmission properties as well as its protection against the vaccines, so based on the genetic information we are quite concerned about it,” Pasi Penttinen, public health emergency response manager at the European Centre for Disease Prevention and Control, told CNBC Friday.

“We still have a lot more to learn about the situation in South Africa and all the efforts should now be not only in South Africa, but countries in the southern African region, to ensure that they get a full picture of this virus.”

Spread not yet known

The first genomes of the new variant were uploaded to the international GISAID database on Nov. 22, but genomes have now been uploaded from South Africa, Botswana, Hong Kong and Israel, with the extent of the spread not yet known.

The two cases in Hong Kong were identified in a quarantine hotel, with one person who traveled from South Africa suspected to have passed the virus on to a person in a neighboring room.

The new development comes as cases of Covid-19, mostly the older delta variant, surge around the world heading into the winter months. Multiple countries in Europe, in particular, have seen record spikes, and have implemented strict containment measures.

William Schaffner, professor of preventive medicine at Vanderbilt University, told CNBC Friday that suggestions that the variant could be more transmissible than delta, and that it could evade vaccine protections, meant it is “a matter of some serious concern.”

“The delta variant is already extraordinarily transmissible. It is really difficult to think of another virus that is more transmissible,” Schaffner told CNBC’s “Squawk Box Asia.”

“If we have another Covid strain that can spread even more readily than delta, that would pose a challenge to all of us around the world, because when delta arrived this summer, it changed the game.”

One positive so far, however, is that the variant has not yet been associated with more severe cases of Covid-19, Schaffner noted.

The South African rand nosedived on Friday morning to more than 16.2 against the dollar as investors rushed for cover.

Markets around the world tumbled sharply in response to the news, with the pan-European Stoxx 600 dropping 3% in early trade and U.S. stock futures pointing to an opening loss on the Dow Jones Industrial Average of more than 800 points. 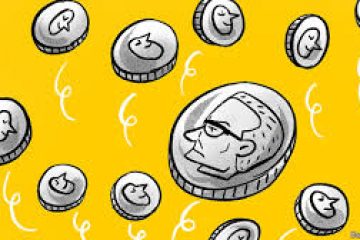 Stock market investing – What you need to know?