European shares fell on Wednesday as worries about rising inflation and the Delta variant of the novel coronavirus hit economically sensitive sectors, even as technology stocks tracked an overnight surge in their U.S. peers.

The European benchmark is on course to post its biggest percentage gain in the first six months of a year since 1998, but the double whammy of high inflation as well as the global spread of the highly contagious Delta variant has recently slowed gains.

Later in the morning, investors will be razor focused on a flash reading of euro zone inflation data for June after May inflation surged past the European Central Bank’s target of “below but close to 2%”. read more

Analysts also warned of higher volatility on Wednesday due to quarter-end portfolio rebalancing.

In company news, Dutch eyewear store operator Grandvision (GVNV.AS) surged 13.8% as Ray-Ban maker EssilorLuxottica (ESLX.PA) said it had decided to go ahead with a planned takeover of the company. EssilorLuxottica’s shares were up 1.2%. read more

Indivior Plc (INDV.L) jumped 10.3% after raising its annual revenue and profit forecast, encouraged by strong sales of its opioid addiction treatments in the first half of the year.

Technology stocks (.SX8P) rose 0.4% following a record high close for the U.S. Nasdaq in the previous session, and were set to end the second quarter with gains of more than 8%.

Retail (.SXRP), pharmaceutical (.SXDP), food and beverage (.SX3P), and real estate (.SX86P) shares were also among the top five gainers in the quarter. 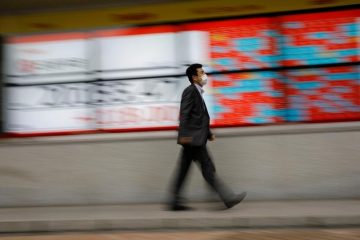