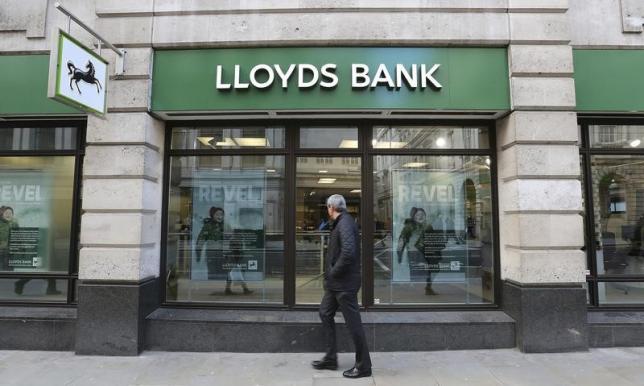 Lloyds Banking Group’s outgoing Chief Executive António Horta-Osório set out fresh targets to expand the lender’s insurance and wealth business and further cut costs, as the bank resumed a dividend despite a sharp fall in profits for 2020.

But it still beat the average of analyst forecasts of 905 million pounds.

The strategy update showed Lloyds aimed to offset pressure on profits, including from wafer thin central bank interest rates, by axing costs further and increasing income from fee-based products such as wealth management and corporate banking.

The squeeze led net income to fall nearly 3 billion pounds over the year to 14.4 billion.

Horta-Osório said the bank would increase funds from insurance and wealth customers by 25 billion pounds by 2023 and expands its currency and rates services for corporate customers.

Lloyds will also cut office space by 20% within three years, the second British lender to unveil such plans this week after HSBC announced a 40% cut to its footprint as banks look to capitalise on remote working brought on by the pandemic.

Lloyds said its overall costs would be trimmed below 7.5 billion pounds by the end of this year and it would invest 900 million pounds on digitising more of its services.

“Faced with lower margins, higher volumes seem to be the answer for Lloyds,” said Susannah Streeter, analyst at Hargreaves Lansdown.

Horta-Osório, who led a turnaround at the bank after its bailout in the financial crisis, is leaving Lloyds after a decade to stand for election as chairman of Credit Suisse in April.

Similar to the situation at rivals HSBC, NatWest and Barclays, Lloyds’ profits were dented by bad loan provisions.

Lloyds set aside 4.2 billion pounds to cover loans expected to sour, although this was less than the 4.5 billion to 5.5 billion pound range previously given.

Lloyds Chief Financial Officer William Chalmers said the pace of Britain’s vaccine rollout and the government’s roadmap to phase out lockdowns were encouraging and paved the way for better UK growth than the 3% core forecast by the bank for 2021.

The bank said it would pay a 0.57 pence dividend per share, the maximum allowed by the Bank of England and above a forecast of 0.53 pence.

Chalmers said the bank would consider an interim dividend halfway through the year and revert to a “stable dividend policy” from next year depending on economic conditions.

The bank grew its mortgage book by 7.2 billion pounds, as it capitalised on a pandemic-driven boom in home sales.

The bank’s core capital ratio, a key measure of financial resilience, increased to 16.2% compared to 15.2% in September.

Costs for past misdeeds chipped into profits, including an 85 million pound charge for processing delays on a final batch of mis-sold payment insurance claims and 159 million pounds for compensation and costs for historic fraud at its HBOS Reading branch.

Horta-Osório’s pay package for 2020 fell to 3.4 million pound, after he and other executives waived bonuses for the year due to the pandemic. He was paid 4.7 million pounds the previous year.