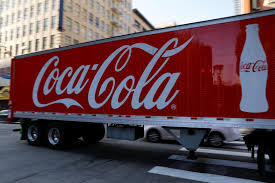 Coca-Cola Co’s European bottler has made a A$9.28 billion ($6.6 billion) buyout approach to Australian peer Coca-Cola Amatil Ltd, a cut-price proposal that the target firm is backing due to uncertainty sparked by the coronavirus crisis.

The takeover by Coca-Cola European Partners PLC (CCEP) would be the biggest involving Australia this year, but prices the target company below its market valuation in February – before the COVID-19 pandemic began to rock global markets and plunged the world into recession.

The support from the Australians indicates expectations of an economic recovery that could take years, a bleaker view than that of some local economists who have pointed to improving economic indicators. Coca-Cola Amatil’s profit has been hit by shutdowns of restaurants and pubs since March.

Amatil’s shares closed up 16.3% at A$12.50, below the proposed offer price of A$12.75, indicating investors are factoring in the possibility a deal might not come to fruition.

The deal could lift CCEP’s earnings by 18% after three years, Jefferies said.

“We are really confident about the recovery that the business is making (but) clearly there’s uncertainty over the next couple of years with the economic situation, and just the risk of further health outbreaks that could disrupt the business,” said Coca-Cola Amatil Chief Executive Alison Watkins on an investor call on Monday, when asked about the price.

CCEP was formed by the 2016 merger of three European bottlers. It is now the largest bottler by revenue, operating in 13 countries including the United Kingdom, Germany and Spain.

A spokesman for The Coca-Cola Co, which owns 31% of the Australian company and 19% of London-listed CCEP, said in an email the deal would be “in the best interests of the shareowners of both companies and of the Coca-Cola system overall”.

The Australian company said CCEP would conduct due diligence before making a binding offer. The deal would also need approval from Australia’s Foreign Investment Review Board, which was granted increased powers this year to block overseas deals deemed to be a security or supply chain risk.