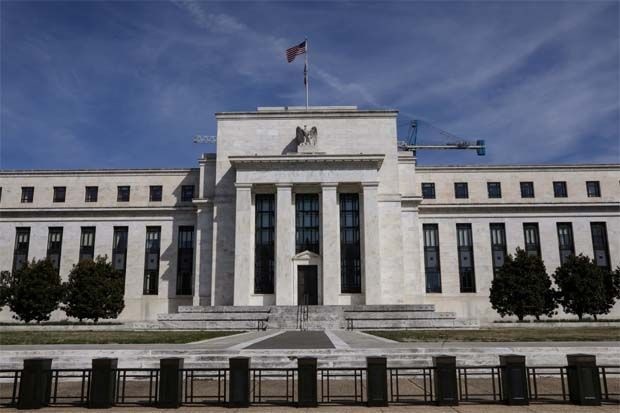 The stronger-than-expected U.S. economic rebound from coronavirus lows could set up an early test for the Federal Reserve’s new pledge to keep interest rates near zero and its increased tolerance for inflation.

A compilation of surveys and interviews conducted in September and early October by the Fed’s 12 regional banks shows the economy recovering at a “slight to modest pace” as consumers bought homes and increased spending.

Indeed the U.S. economy probably grew by more than 30% on an annualized basis last quarter, economists say, making up most of the 31.4% drop in the second quarter.

The increase has been fueled by a $2.3 trillion pandemic relief package and trillions more injected into financial markets by the Fed.

“Traditional ideas about inflation would suggest that this is actually a time when you may see some inflation,” St. Louis Fed President James Bullard said at an event hosted by the Federal Home Loan Bank of Des Moines. He said increased government spending to combat the virus and “bottlenecks” in an economy not designed to grow as fast as it is are setting the stage for a rise in prices.

“On top of that you’ve got a Federal Reserve that’s saying, if we do get inflation, we’d welcome it,” he said.

With businesses adapting to the virus and daily deaths much lower than in the pandemic’s early stages, he said, U.S. economic growth will likely be above trend for quite a while, “so this might be an era where you might see somewhat more inflation.”

The Fed last month pledged not to raise interest rates until the economy returns to full employment and inflation reaches the Fed’s 2% goal.

But policymakers’ tolerance above that 2% mark varies. Chicago Fed President Charles Evans said this week he’d be okay with a year of 2.5% to 2.75% inflation, while Dallas Fed President Robert Kaplan has signaled anything more than 2.25% could raise concern.

Inflation is currently trending below 2% but with the recent surge in growth, that soon could change.

Speaking earlier in the day, Fed Governor Lael Brainard said that while overall inflation will stay low for the next few years, Americans could see a temporary inflation spike next spring as price data registers year-on-year gains from the coronavirus trough.

But, she said, the Fed would not react by raising rates with the central bank committed to providing “sustained accommodation” to the economy for as long as needed.

Overall, the Fed’s beige book pointed to the kind of uneven recovery that officials warn may become a more-or-less permanent state of affairs unless there is more federal relief.

Brainard said failure to deliver more fiscal aid is the biggest risk to her outlook.

Bullard – who often holds views outside the mainstream at the Fed – had a different take, saying Wednesday pandemic relief passed in March will be enough to get the economy through the end of the year and into the first quarter of 2021.

By then, he said, the economy may be set up for a boom once a vaccine or better therapeutics become widely available.