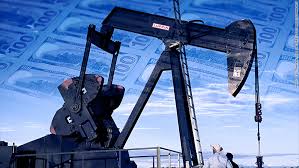 Oil futures fell again on Wednesday after a sharp slide in the previous session, as a rebound in Covid-19 cases in some countries undermined hopes for a steady recovery in global demand.

Both major oil benchmarks are trading at around three month lows.

The global health crisis continues to flare unabated with cases rising in India, Great Britain, Spain and several parts of the United States.

The outbreak is threatening hopes for a global economic recovery that could reduce demand for fuels from aviation gas to diesel, although the price slump could lift refinery profits back into positive territory, Eurasia said in a note.

“That would be a major move and potentially a sign for the industry that the crude production and processing capacity reductions have finally met their goal in adjusting the industry in line with lower demand,” it said.

Record supply cuts by the Organization of the Petroleum Exporting Countries and allies, known as OPEC+ have helped support prices, but with grim economic figures being reported almost daily, the outlook for demand for oil remains bleak.

China’s factory gate prices fell for a seventh straight month in August although at the slowest annual pace since March, suggesting industries in the world’s second-biggest economy continued their recovery from the coronavirus-induced downturn.