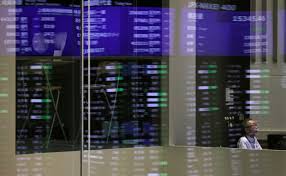 After plunging into a bear market in the first quarter, stocks finished the second quarter of 2020 with their best performance in more than two decades: The S&P rose 20% in the three months ended June, its biggest quarterly run since 1998.

While some market watchers like to wait until closer to the November presidential election to read stocks for signs of who will win, if history is a guide, the market may already have predicted whether Donald Trump or Joe Biden will prevail.

In the past six decades, there have only been four presidential election years when the S&P 500 fell in the first quarter but rose in the second, as it has so far in 2020, according to CFRA Research. In each of those years—1960, 1968, 1980 and 1992—the pattern was the same: the S&P 500 went on to rise an average of 8% in the second half of the year—”all while witnessing a presidential defeat for the incumbent party,” according to CFRA’s chief investment strategist Sam Stovall.

In other words, in each of those years, the sitting commander in chief lost the election. Last time, in ’92, it was George H.W. Bush, defeated by Bill Clinton. Before that, in ’80, Ronald Reagan beat Jimmy Carter. This year, the incumbent is President Trump, facing Democratic nominee Joe Biden.

Notably, whether the incumbent president is a Republican or Democrat is irrelevant to this particular market signal—the pattern merely shows that in the past, when stocks have behaved this way, it has been out with the old and in with the new.

Stovall says that “uncertainty” has been the dominant theme for investors. And when that’s the case leading up to the election, it tends to presage a White House ouster in November, he notes. Indeed, when the S&P 500 declines in the period from August through October, just ahead of the election, the incumbent president has been replaced 88% of the time. (That statistic means there’s been only one exception to the rule—when President Dwight D. Eisenhower defeated challenger Adlai Stevenson in 1956.)

So if the quarterly flip-flop in the first half of 2020 alone isn’t enough to convince you who will win the election, keep a close eye on stocks beginning in August—together the market moves could predict whether President Trump will serve another four years.