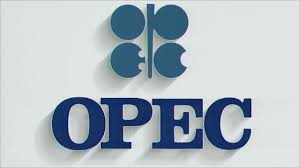 Oil climbed above $ 40 a barrel for the first time since March on Wednesday, supported by signs of recovery in coronavirus-hit demand, lower U.S. inventories and expectations that OPEC+ will keep oil output cuts in place.

The sun sets behind an oil pump outside Saint-Fiacre, near Paris, France September 17, 2019. REUTERS/Christian Hartmann

Suggesting a supply glut is easing, the American Petroleum Institute on Tuesday said that U.S. crude inventories fell by 483,000 barrels. The government’s official supply report is due later on Wednesday. [EIA/S]

“A consensus is emerging that the producer group will prolong current cuts,” said Stephen Brennock of oil broker PVM, referring to the Organization of the Petroleum Exporting Countries (OPEC) and allies including Russia, a group known as OPEC+.

Both benchmarks have surged in recent weeks, with Brent more than doubling after hitting a 21-year low below $ 16 in April, when U.S. crude turned negative.

A recovery in China and the easing of government lockdowns elsewhere is supporting prices.

The OPEC+ group is cutting output by 9.7 million barrels per day (bpd), about 10% of global output before the coronavirus crisis, in May and June to support prices.

Encouraged by signs of recovery in the market, OPEC+ is considering extending the cut beyond June. But there has been no agreement yet on bringing forward a ministerial meeting to Thursday from its original date later in June.

“When you have Brent approaching $ 40, it is a good sign,” one OPEC delegate said. “We are on the right track.”

The services sector in China, the world’s second-biggest oil consumer, returned to growth last month for the first time since January, a survey showed.

“As virus-related lockdown measures continue to be lifted, we expect that demand will gradually recover,” Capital Economics said in a report.