Oil prices were mixed on Friday, but were closing out the month with strong gains, bolstered growing fuel demand even as investors worried about worsening Washington-Beijing relations.

An oil pump is seen just after sunset outside Saint-Fiacre, near Paris, France September 17, 2019. REUTERS/Christian Hartmann

Both benchmarks were on course for a steep monthly rise due to falling global production and expectations for demand growth as parts of the United States, including New York City, countries move to reopen after coronavirus-related lockdowns. [nL1N2DB1OJ]

WTI is on track for a record monthly rise of 79% after trading negative last month. Brent is set for a 38% increase for its strongest monthly rise since March 1999.

“The situation at Cushing has been very positive, but there’s still some hangover with the report,” said Bob Yawger, director of energy futures at Mizuho, citing slack fuel demand.

This year, oil prices have fallen more than 40% due to lower demand caused by efforts to limit travel and shut businesses to combat the virus.

U.S. President Donald Trump is due to announce his response to the situation in Hong Kong later on Friday.

“Sustaining these price declines will hinge, to a significant extent, on Trump’s expected comments today that could determine how the oil market finishes this week and month,” said Jim Ritterbusch of Ritterbusch and Associates. 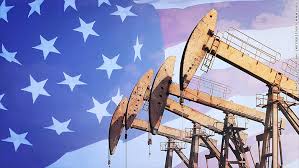