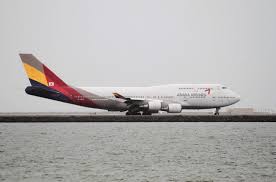 South Korea’s Asiana to get $1.4 billion liquidity from state banks

South Korea’s two state-owned banks said on Tuesday they will provide up to 1.7 trillion won ($ 1.4 billion) in fresh liquidity to Asiana Airlines (020560.KS), the country’s second-largest carrier, as the industry struggles with the coronavirus crisis.

The loans are expected to keep the loss-making carrier going as Asiana awaits the completion of its acquisition by a consortium led by a South Korean builder, signed in December.

Asiana can use the liquidity in the form of loans as needed, spokesmen for Korea Development Bank (KDB) and Export-Import Bank of Korea said.

A consortium led by Hyundai Development Co (HDC) (294870.KS) in December had signed a deal to acquire a controlling stake in Asiana at 2.5 trillion won.

However, the deal has not closed as regulatory approval from various countries for the acquisition is pending, while the impact from the coronavirus pandemic on the aviation industry has also raised questions about the deal’s progress, Yonhap news agency and other local media said.

A HDC spokesman said on Tuesday that the process of acquiring Asiana remains on track, but declined comment on when it would be completed.

The banks had previously provided 1.6 trillion won in financial support to Asiana.

Asiana had been loss-making even before the coronavirus pandemic grounded 324 out of 374 planes of South Korean airlines in early April, according to lobby group Korea Civil Aviation Association. It reported a net loss of 818 billion won in 2019.