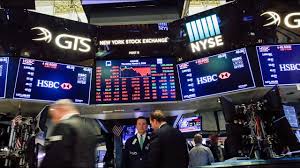 The S&P 500 and the Nasdaq were set for record highs on Wednesday, as investors took heart from China’s efforts to contain a virus outbreak and a strong forecast from IBM.

The main indexes retreated from record highs on Tuesday after officials confirmed the first U.S. case of the coronavirus that has killed nine and infected 440 in China.

“While the death toll has risen to nine, it feels like affirmation we’re getting out of China is stemming fears that this is turning into an epidemic,” said Art Hogan, chief market strategist at National Securities in New York.

The outbreak, which revived fears of a pandemic similar to the Severe Acute Respiratory Syndrome (SARS) in 2003, roiled travel and airline stocks on Tuesday, as millions of people prepared to travel for the Chinese Lunar New Year.

Netflix Inc’s (NFLX.O) shares were up just 0.1% as international growth helped the streaming video service beat expectations for subscription growth, but it warned of a tough first quarter.

“Being in the fourth quarter earnings season is going to be the tell. We’re going to find out if we’ve gotten ahead of ourselves or valuations are justified,” said Hogan.

U.S. semiconductor stocks benefited from a strong forecast from Dutch firm ASML Holding NV (ASML.AS), the latest large chipmaker to indicate a recovery in the sector.

Among the weak spots was Johnson & Johnson (JNJ.N), dropping 1.5% after missing quarterly revenue estimates due to disappointing sales of its blockbuster psoriasis medicine Stelara and cancer drug Imbruvica.

With markets looking to regain momentum following a wobbly session on Tuesday, investors also kept a close watch on developments around U.S. President Donald Trump’s impeachment trial and the annual meeting of world leaders and business heads in Davos.