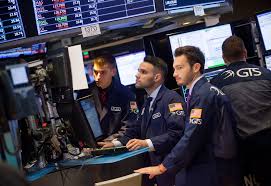 Wall Street’s main indexes hit record highs on Wednesday ahead of the Thanksgiving holiday, as fresh data pointed to a resilient domestic economy, while investors remained optimistic about a resolution to U.S.-China trade tensions.

U.S. economic growth picked up slightly in the third quarter, rather than slowing as initially reported, and a steady increase in consumer spending in October suggested that the economy will probably maintain its moderate pace of growth in the fourth quarter.

Data also showed new orders for key U.S.-made capital goods increased by the most in nine months in October.

President Donald Trump’s comments on Tuesday that the United States was in the “final throes” of work on an agreement added to optimism.

“There are not a lot of details (on the trade deal), but it has certainly fueled this ‘hope trade’ and so long as nothing gets signed, the market will grind its way higher,” Manuelian said.

Trading volumes are expected to be light ahead of the Thanksgiving Day holiday on Thursday and an early-market close on Friday.

Capping gains on the Dow was a 0.6% drop in shares of Boeing Co (BA.N) after the Federal Aviation Administration said it would be the only issuer of airworthiness certificates for new 737 MAX jets, the latest hurdle in the planemaker’s bid to get the plane back in the air.

The S&P index recorded 39 new 52-week highs and no new low, while the Nasdaq recorded 97 new highs and 29 new lows.