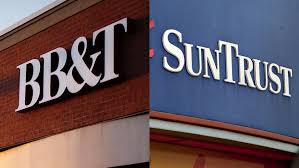 The U.S. Federal Reserve said on Tuesday it approved a merger between BB&T Corp and SunTrust Banks Inc, sealing the biggest tie-up of banks since the 2007-2009 global financial crisis.

Analysts have said such a tie-up has been made possible by regulatory easing under the administration of President Donald Trump, which has encouraged banking regulators to take a more relaxed approach to approving mergers, bank applications and enforcement of post-crisis rules.

The Fed said its approval was conditioned on several actions, including that BB&T must divest 30 branches and more than $ 2.4 billion in deposits to mitigate the competitive effects of the merger.

SunTrust must also satisfy the terms of a newly-issued consent order after the Fed found it had misled certain business customers regarding the operation and billing for some products.

In a statement, the companies said they were pleased to have received regulatory approval.