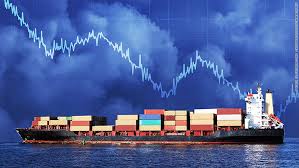 – Top U.S. and Chinese negotiators met on Thursday for the first time since late July to try to find a way out of a 15-month trade war as new irritants between the world’s two largest economies threatened hopes for progress.

U.S. Treasury Secretary Steven Mnuchin and U.S. Trade Representative Robert Lighthizer greeted Chinese Vice Premier Liu He on the steps of the USTR office before a meeting in which they will seek to narrow differences enough to avoid an escalation of tit-for-tat tariffs that have roiled financial markets and stoked fears of a global recession.

The mood surrounding the talks soured this week when the U.S. government blacklisted 28 Chinese public security bureaus, technology and surveillance firms and imposed visa restrictions on Chinese officials over allegations of abuses of Muslim minorities in China.

U.S. President Donald Trump has threatened to raise tariffs on $ 250 billion worth of Chinese goods on Oct. 15 if no progress is made in the on-again, off-again negotiations.

That would make nearly all Chinese goods imports into the United States – more than $ 500 billion – subject to tariffs.

“Big day of negotiations with China,” Trump said on Twitter. “They want to make a deal, but do I?” He added that he would be meeting with Liu at the White House on Friday.

Chinese officials indicated more willingness to negotiate. “The Chinese side came with great sincerity, willing to cooperate with the U.S. on the trade balance, market access and investor protection,” Xinhua quoted Liu as saying on Thursday.

A U.S. Chamber of Commerce official said there was a possibility U.S. and Chinese negotiators would reach a currency agreement in exchange for a delay of the tariff hikes.

Major U.S. stock exchanges were trading higher on hopes of progress in the talks.

Although some media reports suggested both sides are considering an “interim” deal that would suspend the planned further U.S. tariffs in exchange for additional purchases of American farm products, Trump has repeatedly dismissed this idea, insisting he wants a “big deal” with Beijing that addresses core intellectual property issues.

The U.S. Agriculture Department said on Thursday that private exporters reported a snap sale of 398,000 tonnes of soybeans to China, part of a flurry of purchases the top buyer of the oilseed has made since granting waivers to some importers to buy U.S. soy exempt from tariffs as a goodwill gesture.

Chinese firms have bought more than 3.5 million tonnes of U.S. soybeans since the beginning of September. Soybeans, the most valuable U.S. agricultural export, have been among the products hardest hit by China’s retaliatory tariffs.

The two sides have been at loggerheads over U.S. demands that China improve protections of American intellectual property, end cyber theft and the forced transfer of technology to Chinese firms, curb industrial subsidies and increase U.S. companies’ access to largely closed Chinese markets.

But Chinese officials, surprised by the U.S. blacklisting of Chinese companies, including video surveillance gear maker Hikvision, along with the suspension of U.S. visas for some Chinese officials, told Reuters that Beijing had lowered expectations for significant progress from the talks.

“I’ve never seen China respond with concessions to someone throwing down the gauntlet in this manner,” said Scott Kennedy, a China trade expert at the Center for Strategic and International Studies in Washington. “It suggests to me that the U.S. may have determined that progress was impossible, so everyone is just going through the motions.”

Other flashpoints that have cropped up in recent days include China’s swift action to cut corporate ties to the National Basketball Association over a team official’s tweet in support of Hong Kong pro-democracy protesters.

U.S. Commerce Secretary Wilbur Ross said in Sydney on Thursday that the tariffs were working, forcing Beijing to pay attention to American concerns about its trade practices.

“We do not love tariffs – in fact we would prefer not to use them – but after years of discussions and no action, tariffs are finally forcing China to pay attention to our concerns,” Ross said in remarks prepared for delivery on an official visit to Australia.