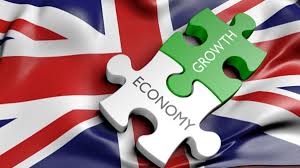 Another Warning Sign for the Economy: Service Sector Growth Is Slowing

Want the good news or the bad news first?

Stocks dove Thursday morning, and then bouced back, after non-manufacturing numbers released by the Institute of Supply Management showed a mixed picture.

The Non-Manufacturing Index, or NMI, is a 1 to 100 percentage scale based on surveys. Scores above 50 show growth and below 50, contraction.

“We had such a strong reading last month, it’s a question of whether it was sustainable,” says Anthony Nieves, chair of ISM’s Non-Manufacturing Business Survey Committee, during a press call. “It seems like everything is coupled with the trade uncertainty.”

“This is bad news,” says Mark Hamrick, senior economic analyst at Bankrate.com. “It was an assumption that manufacturing is hurting. That’s directly correlated to the tariffs and trade disputes and uncertainly that has generated. Now to see that the services sector is weaker than we thought is concerning.”

The employment figure was strongly affected by a low unemployment rate and difficulty finding candidates, as well as by concerns over trade. But an explanation is not the same as comfort. “The reality is we only need 90,000 jobs a month [to keep the economy moving],” Hamrick says. “If we start seeing those kinds of numbers, that will probably take a bit of a toll on the sentiment front for consumers and businesses.” The concern is that while August saw 130,000 jobs added, 25,000 were for the U.S. census, so things are approaching that critical 90,000 number.

Tomorrow’s job numbers will have more to say. The question is whether consumers, whose spending makes up 70% of GDP, might decide to start speaking up by keeping their money in their pockets.

—What’s behind the great CEO exodus of 2019?
—What’s the difference between a recession and a depression? Here’s what history tells us
—Charles Schwab on the lessons he’s learned over a lifetime of investing
—The 5 most valuable unicorns, according to their latest funding rounds
—Wells Fargo’s new CEO spent 25 years learning from Jamie Dimon—now he’s taking him on