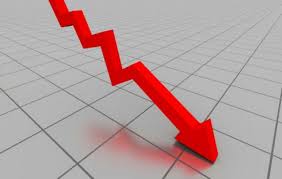 The Yield Curve Suggests Some Worry About the Economy Has Passed

Just a few weeks ago, the big bond market story was yield curve inversion—when shorter-maturity bonds pay more in interest than longer ones—and the 30-year Treasury dropping to an historical low yield of under 2%.

Today, after a few weeks of cooling and the Fed having cut an interest rates an additional 0.25%, things seem calmer. Yields on bonds are higher than they were at the beginning of September and the big type of inversion that investors watch—when the yield of the 2-year bond is higher than that of the 10-year—that happened in August has reversed itself again. That suggests some worry about the economy may have passed.

“We’ve had a very aggressive move down in yields and we’re taking a breather,” said Ed Al-Hussainy, senior interest rate and currency analyst at Columbia Threadneedle.

“The pullback of rates of last week was in response to an overbought, technical condition,” agreed Raul Elizalde, chief investment officer and president at Path Financial. “Traders had jumped on a trend of lower and lower rates and long positions in bonds were piling on each other.” In other words, investors expected yields to continue dropping, making bonds with higher yields worth more.

The tendency to jump on trends has “become more prevalent in recent years,” notes to Elizalde, which can magnify moves in either direction.

The rush to bonds really heated up in early August as investors, worried about an escalation of trade tensions between the U.S. and China, looked for a safe haven for their money. The more institutions and individuals that buy bonds, the higher the price goes, as laws of supply and demand kick in. And the higher the prices, the lower the yields, which move inversely.

“The goodwill gestures by both China and the U.S. to work on their differences and resume trade talks may have been the catalyst to get everyone standing on one side of the boat to run to the other side,” said Blaine Rollins, managing director and portfolio manager for 361 Capital.

Related: Yes, the market will eventually crash. Here’s how to be ready for the next one

“As long as US Treasuries continue to have positive rates, they will remain hugely attractive to the rest of the developed world, much of which is trading well in negative-rate territory,” Elizalde said.

A difficulty in discussing yield curves is that the term is slippery. It refers to a comparison of one maturity-length government bond’s yield compared to another. There could be an inversion between 2-year and 10-year bonds at a given time but not between 2-year and 20-year or 30-year. So inversion can be an issue of degree.

In addition is the question of how long the inversion lasts. A few months is more serious than a few weeks—at least it historically was—and we’ve had a couple of short-term yield inversions so far this year, the latest having started in mid-August. But no one has ever been able to track the predictive efficiency of yield inversions at times of ultra-low interest rates while the Fed reduces them even more.

The good news, at least in the short term? Even when yield curves have heralded recessions, it has taken anywhere from 10 to 22 months for the economic slowdown to happen. Now to see what effect, if any, the Fed’s rate cut will ultimately have.

—Are we near a recession? The godfather of the inverted yield curve says it’s “code red”
—Saudi Aramco is getting what it’s long wanted—perhaps at the expense of its IPO
—Passive investing has exploded. But here’s why fears of a bubble are overblown
—Why the next recession may feel very different than 2008
—U.S. recession indicators haven’t made up their minds