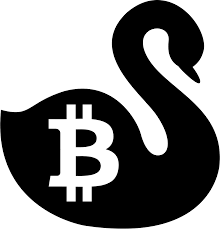 Earlier this summer, New York became the first state to place an excise tax on opioids sold to or within the state. Backers expect the tax to generate $ 100 million in revenue for the state, which Gov. Andrew Cuomo and his administration have said will be plowed into helping victims of the opioid crisis.

The idea was to punish pharmaceutical companies for their role in the opioid epidemic: Pay a tax on opioids you sell to the state, and we’ll use that money to fund treatment and recovery programs. Sounds simple. But the reality has been much more complicated. The tax, which went into effect July 1, has already set off a ripple effect across the entire supply chain, as manufacturers and distributors have either stopped shipping to the state altogether or passed the tax onto each other. The law allows the cost to be passed on further, to pharmacies and even consumers.

And then there are the feared social costs. Health officials worry the tax could drive patients to seek out opioids on the black market.

New York’s experiment is both a cautionary tale for other states—and a look at how difficult it is to make drugmakers pay for fueling the opioid crisis.

The tax is based on the amount of opioid in each unit sold, as well as wholesale acquisition cost, and applies to whatever entity makes the first sale—the manufacturer or the wholesaler. But since the tax was announced in July, at least three manufacturers have discontinued opioid shipments to the state: Epic Pharma, AvKARE and Lupin Pharmaceuticals. Two others, Mallinckrodt Pharmaceuticals and Upsher-Smith Laboratories, are in deliberations over also exiting the state, they told Fortune.

Mallinckrodt said in a statement its effort to provide affordable access to its products “has been greatly challenged” by the tax, which it calculates to be “in excess of our net revenues on these products, making it cost prohibitive for either generic manufacturers or our wholesale/distribution partners to ship product into the state without a practical pass-through mechanism to recoup the tax.”

Manufacturers pulling out is no small matter. Without them, pharmacies are left scrambling to find replacements.

Xpress Lane Pharmacy in Manhattan confirmed it is having difficulties accessing opioids for its patients, said owner Lev Zavulunov. Its supplier Cardinal Health, which offers pharmacies a database to order products from its partner manufacturers, now shows certain drugs as no longer available to ship to the state. Cardinal Health confirmed some manufacturers working with Cardinal are refusing to ship directly into New York themselves, or refuse to ship to Cardinal’s National Logistics Center in Ohio at an additional charge to the drug makers. For those that refuse, Cardinal has stopped supplying their products, the wholesaler told Fortune. Cardinal also confirmed it has stopped shipping opioids to state ambulatory care centers altogether. For Xpress Lane Pharmacy, according to Zavulunov, out of 10 possible manufacturers, only one or two now ship to the state. Zavulunov explained as a result, certain doses may no longer be available, and doctors are having to change the dose or the prescription altogether.

As manufacturers exit the state, more market share falls on the remaining drug makers, who must comply with annual Drug Enforcement Administration production quotas. With an increase in demand, supply could fluctuate dangerously low, according to Tara Ryan, vice president of state government affairs at the Association of Accessible Medicines (AAM).

If manufacturers choose to stay in the game despite the tax, they will, inevitably, raise their prices to offset the cost, perhaps even beyond just their opioid products, Ryan explained. Onisis Stefas, vice president and chief pharmacy officer of Northwell Health, agreed that over time, there will be price hikes. And if manufacturers sell to wholesalers (and more than 90% of all pharmaceuticals flow through these distributors, according to the Healthcare Distribution Alliance), the cost gets passed on to them.

“I get the politics of having to single out a bad guy,” said Assemblyman John McDonald III, who owns a pharmacy himself and has publicly opposed the tax. “You can tax these manufacturers as much as you want; the reality is, all they need to do is turn around and raise the prices, and they can overcome that.”

Wholesalers with facilities in the state are already seeing shortages, said Steve Moore, president of the Pharmacists Society of the State of New York. Some lack the infrastructure and technology to handle the nuances of processing the tax, so are disincentivized from shipping to the state at all, Moore said. Other wholesalers may choose to supply the state, but to pass on the cost.

Pharmacies are in a much tougher spot, as raising out-of-pocket expenses for consumers is often not viable, and some contracts explicitly prevent pharmacies from passing on the cost to patients, McDonald explained. Since insurance companies are not required by law to match the rising costs, pharmacies are in a bind.

Diamond Drugs II, a pharmacy on Long Island, says it is not able to order oxycodone or hydrocodone from suppliers out of state. It now relies on one manufacturer in New York, and thus, has limited opioid supply. Diamond Drugs is receiving calls from patients belonging to other pharmacies whose access has also waned, asking if Diamond Drugs will fill their prescriptions, owner Harvey Staub said. But since the independent pharmacy’s supply is limited, its priority is to fill prescriptions for long-time patients who have done business with the pharmacy before—new patients are being turned away. As a result, the pharmacy is losing business, Staub said, and turning away patients with legitimate needs for the medicine.

“For most pharmacies, dispensing narcotics—controlled substances in general, and opioids specifically—we do it. It’s not a profitable venture,” McDonald said. “[Pharmacy benefit managers] cut reimbursement drastically on these items.”

At the time of Cuomo’s proposal, the HDA calculated for the administration the estimated tax of some products based on publicly reported wholesale acquisition costs and their morphine milligram equivalents. What it found was the tax can result in anywhere from a 60% to 100% markup on a regular drug price.

Gov. Cuomo’s office did not respond to Fortune’s requests for comment.

According to McDonald and Moore, the tax on opioids, especially generics, can cost more than the drug itself. Considering generic medications make up nearly 90% of the controlled substance market, generics will be hit hardest by the tax, meaning huge ramifications for patients who rely on generics to afford their prescriptions.

“With inventories of opioids dwindling in New York, and state policymakers ignoring the limitations of the national contracts and supply chain that dictate the distribution and reimbursement for medication across the country, patients with legitimate pain management needs are at risk of losing access to the affordable generic opioids that are most affected by this tax,” Mallinckodt told Fortune.

Indeed, one unintentional consequence of the new tax could be boosting the black market for opioids. “We made it clear, every which way, for two years in New York that there could be negative outcomes,” said Matthew DiLoreto, vice president of state government affairs at the Healthcare Distribution Alliance (HDA). DiLoreto said the HDA was told by policymakers they “did not believe the concerns we raised were significant enough or that they would ever actually occur.”

Kathryn Carroll, manager of government affairs at the Center for Disability Rights, who was also part of budget negotiations, said, “It seemed like of all the things the legislature had to fight for, this just fell to the bottom of the list.”

A 2018 study published by two professors of economics at Union College predicted that not only will the tax cause restricted consumer access to opioids, but also will strengthen the black market, which offers cheaper illegal alternatives like heroin and fentanyl.

The HDA echoed her concerns, stating the law does not focus on the “very real, and growing” threat of illicit drugs.

Where is the tax going?

Though Cuomo promoted the tax on the idea that the revenue would be used to fund treatment and recovery programs, the money was ultimately not earmarked for any specific programs in the final budget.

“The whole thing is ill-conceived,” Assemblymember Linda Rosenthal said. “I think it’s a talking point, rather than New York actually dealing with the overdose crisis.”

As it now stands, the tax revenue can merely supplant the funding already set aside for agencies like the Office of Alcoholism and Substance Abuse Services (OASAS). Rosenthal urges the state to dedicate more funding to the issue.

“There’s no guarantee that that money would be in addition to what agencies are already funded,” she said.

McDonald agreed, saying, “If you’re going to make a political statement about taxing the bad guys, it would have been even more appropriate to take the next step, and actually demonstrate where the money is going.”

However, with manufacturers already pulling out, it’s unclear to Rosenthal and others whether the state will reach its anticipated goal of $ 100 million..

Various trade groups representing manufacturers, pharmacies and patients with disabilities predict moving forward, other states will enact similar policies, and prices will go up for that class of drugs across the board. At least 14 other states have proposed or introduced similar legislation. Some shortages may work themselves out, Moore said, though the first few months will be logistically challenging, while other products just won’t be available.

Like many drug warnings state: There may be side effects.