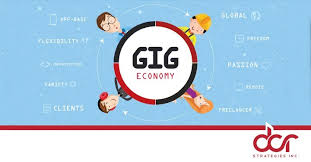 The Gig Economy Is Under Attack, But Not for the First Time

This is the web version of Data Sheet, Fortune’s daily newsletter on the top tech news. To get it delivered daily to your in-box, sign up here.

Moving quickly against Silicon Valley’s brilliant 21st Century labor arbitrage, California’s state senate approved legislation on Wednesday intended to reclassify many more workers as employees. Just a day after passage by the state assembly, the vote sent the bill, known simply as AB5, that could restructure much of the so-called gig economy to Gov. Gavin Newsom’s desk for his signature.

But even before Newsom made a move, one of the bill’s prime targets–Uber Technologies–had a few things to say.

“Contrary to some of the rhetoric we’ve heard, AB5 does not automatically reclassify any ride-share drivers from independent contractors to employees,” Uber’s top lawyer, Tony West, told reporters on a conference call. “AB5 does not provide drivers with benefits. AB5 does not give drivers the right to organize. In fact, the bill currently says nothing about ride-share drivers.”

Uber, Lyft, and others that have built app-based empires by organizing legions of independent contractors tried unsuccessfully for months to negotiate an explicit exemption, but I’ll leave West’s legal arguments (which revolve around what Uber’s actual business really is) for more lawyerly folk.

My history-obsessed brain went in another direction, thinking back to when another star of the tech universe battled the government over how to classify its workers. We’re just about to hit the 23rd anniversary of the Appeals court ruling in the case known as Vizcaino v Microsoft. Donna Vizcaino helped produce Microsoft software user manuals from a cubicle at Microsoft headquarters where she was directed by her boss at Microsoft. But she got no paid vacation, healthcare coverage, or other employee benefits. In those pre-Internet days, she wasn’t part of the gig economy. She was a “permatemp,” and Microsoft and many other tech companies had come to rely on thousands of such contractors to…increase their profits. This led to a fight with the IRS in the 1990s and, ultimately, some of the workers sued. The courts sided with the workers and in December, 2000, Microsoft agreed to pay them almost $ 100 million. That curtailed the trend, though it’s still a controversial issue today.

The big difference between then and now is that the companies forced to reclassify temps as employees back then were all profitable–extremely profitable–whereas the current crop of gig-dependent startups are deeply unprofitable. As more states gear up to follow California’s example, the gig economy is under siege.

Inflation theory. With recent gains in its stock price, Apple has rejoined the ranks of companies with a market value over $ 1 trillion. Also in the club as of Thursday morning: Microsoft. Former members Amazon and Google are sitting back around the mere $ 900-ish billion market cap club.

The land of shadow. In other potentially controversial matters, Facebook Oculus founder Palmer Luckey’s border security startup Anduril (what is it with techbros and Lord of the Rings?) raised more venture capital in a deal that valued the company at over $ 1 billion, CNBC reports. Investors include Andreessen Horowitz. And the Immigration and Customs Enforcement agency has signed a deal worth up to $ 35 million with Israel’s Cellebrite for “universal forensic extraction devices” and training. Cellebrite is known worldwide for its ability to crack the security of any phone.

Think I’m gonna miss these harbor lights. While Uber and its brethren talk up their fight against California’s new law, fintech startup Square is going a step further and suing the city of San Francisco. Tech companies there pay a lower tax rate than financial services companies and Square says it’s definitely the former, not the later, despite the city’s opposite view.

Double trouble. People who drive electric cars obviously don’t pay the gasoline taxes that support maintaining roads. So 26 states have imposed electric vehicle taxes, Consumer Reports reports. Trick is, in 11 of those states the tax is higher than what people with similar gas-powered cars pay, sometimes more than twice as much. And 10 more states are considering doing the same.

Direct de-deposit. Cloud payroll services provider MyPayrollHR went poof this week, leaving employees at thousands of small companies without pay. And after a yet-unexplained further snafu, employees at some customer companies found that their bank accounts were debited (!) not credited with the amount of their pay. Speaking of crazy financial transactions, someone last week transferred more than $ 1 billion worth of bitcoins–that’s 94,505 bitcoins to you and me–with no explanation. The move was flagged by the Twitter account Whale Alert.

This week was the 20th anniversary of the release of the David Fincher classic Fight Club starring Ed Norton and Brad Pitt. Based on the novel by Chuck Palahniuk, the movie tells the story of a secret boxing group led by Pitt’s character, Tyler Durden. The Economist explores how the movie has become a revered guide to life in some of the uglier corners of the Internet these days:

Yet two decades on, the film has become a fillip for internet trolls. On sites such as Reddit, 4chan and 8chan, where some forums cultivate misogyny and real-world violence, “male rampage” films such as “American Psycho” and “Fight Club” are frequently praised. The character of Durden is often quoted by disaffected male users for his anti-consumerist rhetoric (“Things you own end up owning you”), his critique of the feminization of society (“I’m wondering if another woman is really the answer we need”), and his rejection of liberal individualism (“You are not a beautiful and unique snowflake”). In fact, “Fight Club” is something of a sacred text. According to 4chan users, the first rule of the internet is “You do not talk about /b/,” referring to the popular “random” board of 4chan that is home to its most provocative posts.

IN CASE YOU MISSED IT

Sizing Up Apple Arcade, the Newest Contender in the Game Subscription Category By Lisa Marie Segarra

The Real Strategy for Apple’s TV+ Isn’t to Compete with Netflix. It Just Wants a Bit of Your Time By Dan Reilly

Values Are the Binding Principles of Our Organization, Says This Software CEO By Damanick Dantes

It doesn’t have a cool name like Oumuamua yet, but stand by. Astronomers have spotted another object passing through the solar system from other parts of the galaxy. Initially called gb00234, this second interstellar traveller is on course to pass near the earth in December. That should allow for more detailed observation than Oumuamua received.