Hong Kong’s Stock Exchange Has Made a Surprise $36.6 Billion Bid for London’s LSE

Hong Kong Exchanges and Clearing Ltd. made an unexpected bid for London Stock Exchange Group Plc, which could potentially throw the European exchange’s own transformative deal into jeopardy.

The transaction values one of Europe’s largest exchanges at 29.6 billion pounds ($ 36.6 billion), according to a HKEX a statement Wednesday. The Asian bourse operator had considered the ‘ambitious and far-reaching’ deal for many months, HKEX Chief Executive Officer Charles Li said. The LSE, which agreed to snap up data provider Refinitiv in a $ 27 billion blockbuster deal just weeks ago, declined to comment.

Both firms have been involved in exchange merger deals in recent years, with LSE failing in its attempt to combine with Deutsche Boerse AG and HKEX acquiring London Metal Exchange in 2012 for 1.4 billion pounds.

“These are two major security exchanges in the world,” said Ronald Wan, chief executive at Partners Capital International Ltd. in Hong Kong. “A takeover from Hong Kong, a special administrative region of China, could be seen as a takeover from China. It won’t be easy to clear all the regulatory hurdles — the deal is super politically sensitive.”

U.K. Business Secretary Andrea Leadsom, speaking on Bloomberg Television as news of the deal broke, said the British government would examine scrutinize any tie-up between the exchanges. Leadsom said the U.K. authorities would “look very carefully at anything that had security implications for the U.K.” 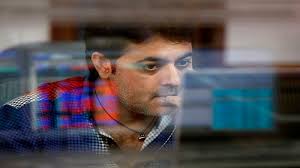