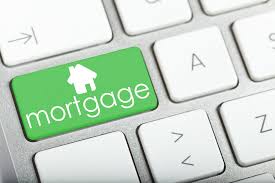 Mortgages, Credit Cards, Loans: Here’s What Will (and Won’t) Change If the Fed Cuts Interest Rates

When the Fed meets tomorrow, the market is expecting a rate cut. The Fed funds futures have for weeks assumed a cut of at least 25 basis points, or a quarter of a percentage point, a change that is already priced into stocks and bonds.

But interest rates don’t only move markets. They change rates that determine everything from how much you’ll pay to borrow money for a house or put a new TV on a credit card. Here’s where consumers will—and won’t—feel it if the Fed starts cutting.

Credit card rates are a combination of a base rate and additional percentage, called margin, that varies by your credit score and general market conditions. “Not all, but most credit cards are pegged to the US prime rate [which depends on the Fed’s rate,” said Michael Kinane, head of the U.S. bankcard group at TD Bank. They move in tandem, but not necessarily simultaneously.

It takes some time for the card issuer to get any changes into the works, as they react to the Fed. “For example, within TD, if we do get a prime rate change on Wednesday, our customers, because of billing cycles that happen, typically don’t see the rate decrease until 45 days later, so mid-September,” Kinane said.

Even if your card issuer passes on the expected 0.25% rate cut, that translates only into about a dollar a month on a carried $ 5,000 balance, according to Kinane.

But money is money. Check your statements going forward to see if you get a rate cut. If not, consider transferring your balance to another card with a lower rate or call the current issuer, mention the Fed cut, and ask about whether you receive one as well.

You might think that lower Fed rates mean better mortgage rates. That isn’t the case.

“Mortgage rates move ahead of the Fed, they don’t move in response,” said Greg McBride, senior vice president and chief financial analyst at Bankrate. With the drop of mortgage rates from 5% in the fall of 2018 to their now-below 4% level, the average home buyer has already saved $ 125 a month in payments.

“It doesn’t really move the needle in terms of impact on the household budget aside from those buying a home or looking to refinance a mortgage,” he said

If you closed on a loan at 5%, you might consider refinancing. If you can do get a rate at least 1% cheaper than your current one, it may make sense, depending on fees.

With about $ 1.5 trillion in outstanding student loans held by about 20% of the population, according to the Federal Reserve Bank of New York, student loans are big financial business and a major concern of many. A big number won’t benefit from the change.

“Federal loans back in 2006 all came to a fixed rate,” said Vince Passione, founder and CEO of LendKey Technologies. Once provided, the interest rate doesn’t change. The offered rate does change each year, based on the value of a 10-year Treasury note. This year’s rate was set on July 1, so a reduction in the Fed’s interest rate won’t matter.

It could help with private lenders, but “most lenders are adjusting their risk models, assuming a recession will happen,” Passione said. Fears of potential rising unemployment might make them shy about cutting rates. However, it’s a competitive market.

“All it takes is one lender to say I am going to pass it on and then the competitive environment takes control and you see it go down across the board,” he said.

Then again, depending on the rate of the student loan and what might be available in personal lending, it could be worthwhile seeing if you could get a loan to pay off the student debt at a lower rate.

“Auto loans are kind of a unique beast,” said LendingTree’s chief economist, Tendayi Kapfidze. Business factors—like meeting sales quotas—have a bigger impact on what dealers do then the Fed’s rate. If things are going well, there is less incentive to reduce rates. If they aren’t, there is more pressure to make the transaction affordable for the consumer.

One way lower Fed rates can help is by decreasing the dealership’s cost of carrying inventory. That gives dealers room to drop prices while maintaining profit margins. “People might be able to negotiate more aggressively with the auto dealers,” Kapfidze said.

Finally, there is personal lending, like bank lines of credit or home equity loans.

“Those should react pretty quickly because they’re linked to the prime rate,” Kapfidze said. Lines of credit should quickly show lower interest rates, saving some money if you have a balance. Sadly, your savings deposits will also pay a bit less.

And, says Kapfidze, watch on Wednesday whether the Fed signals it is open to further rate cuts this year. If so, this might be a good time to lock in your savings rate.