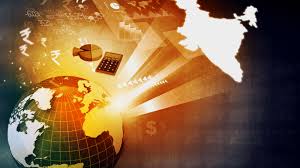 The government has plans to raise as much as 3.25 trillion rupees in the next five years by reducing its stakes in some large state-owned firms to 40%, two senior government officials told Reuters, in the nation’s biggest privatisation push in more than two decades.

Last week, finance minister Nirmala Sitharaman in her budget announced that the government will look to reduce direct controlling stakes in some state-run firms on a case-by-case basis.

The plan will open up a steady stream of state companies to greater private investment, and target the kind of annual divestment revenue that will be crucial to meet fiscal deficit targets.

Prime Minister Narendra Modi’s administration already sold government stakes in a host of companies to raise a record $ 40.92 billion in his first five-year term, nearly three times the divestment proceeds of $ 14.52 billion achieved by the Congress party government in 2009-2014. Modi was re-elected for a second-term in a landslide victory in April-May.

The government has identified a number of state-owned firms, including explorer Oil and Natural Gas Corp, oil refiner Indian Oil Corp, gas transmitter GAIL (India) Ltd, power producers NHPC Ltd and NTPC, miners NMDC Ltd and Coal India, and Bharat Heavy Electricals Ltd , said the sources, who declined to be named due to the sensitive nature of the matter.

“We have done a calculation on current prices and we could get 3.25 trillion rupees if we bring our stake down to 40% in government companies, excluding banks,” one of the officials, said.