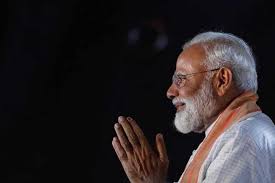 Modi government releases budget to get growth back up, plans structural reforms

Prime Minister Narendra Modi’s government unveiled the budget for 2019/2020 on Friday, seeking to reverse weakening growth and investment that threaten to take the shine off a recent landslide election victory.

Modi has set a target of growing India into a $ 5 trillion economy by 2024/2025 from $ 2.7 trillion that a government report on Thursday said will be done on the back of higher investment, savings and exports in the way China’s growth was propelled.

But economists say scaling up Asia’s third largest economy in rapid fashion will need bold reforms including freeing up land and labour markets, which Modi shied away from in his first term for fear of political backlash.

Capital Economics said in a note on Friday that reaching that target “is dependent in large part on achieving real GDP growth of 8% a year, which we think is unlikely.”

Land and labour reforms are difficult in a democracy like India and it seems unlikely Modi will risk drawing the ire of his Bharatiya Janata Party voters that re-elected him with a huge mandate.

India’s economy is also running into global headwinds with growth weighed down by trade wars and protectionism.

Asia’s third largest economy grew at a much slower-than-expected 5.8% in the last quarter, the weakest growth in five years and far below the pace needed to generate jobs for the millions of young Indian’s entering the labour market each month. And the unemployment rate rose to a multi-year-high of 6.1% in the 2017/18 fiscal year.

New investments proposals in 2018/19 fell to 9.5 trillion rupees, the lowest investment proposals recorded in 14 years, according to Centre for Monitoring Indian Economy (CMIE), a Mumbai based think tank.