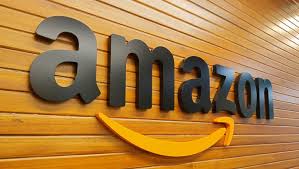 Why Amazon Couldn’t Compete With Uber and DoorDash

The company failed to gain traction on competitors in the food delivery space since Amazon Restaurant launched in 2015. Four companies dominate the U.S. food delivery service industry: Uber, Grubhub, Postmates and Doordash make up 93 percent of the market share.

It’s a rare black eye for a company that has dominated its competitors in nearly every arena it enters.

Unlike other Amazon products, Amazon Restaurants didn’t have a huge reach with a broad base of consumers. The platform operated in 20 cities in the U.S. and London, lagging UberEats, which is in 500. Grubhub does business in more than 2,000 cities nationwide. Postmates, which filed its IPO earlier this year, operates in 3,500 cities.

Amazon did lead delivery sales in one area—you guessed it, in Seattle, where the tech giant is headquartered.

In addition to the small number of cities served, Amazon Restaurants limited its service to only Prime members, while competitors focused on bringing in customers from anywhere.

Amazon isn’t totally ducking out of the food delivery business. The company is funding a major expansion of Deliveroo, a London-based service that is planning to expand across the U.K. In its latest funding round, Deliveroo secured $ 575 million. Although the full amount wasn’t disclosed, Amazon is the largest investor in the project.