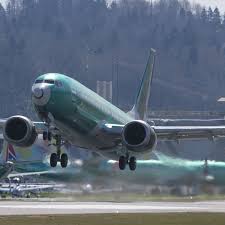 An important tenet of managing a corporate crisis that involves loss of human life is to show that you care. Eighty days after the fatal crash of Ethiopian Airlines Flight 302, coming five months after the doomed Lion Air Flight 610, Boeing’s Chairman and CEO Dennis Muilenburg made a serious attempt to show personal contrition for the loss of the 346 lives aboard both 737 MAX aircraft.

“I do personally apologize to the families,” he told CBS Evening News anchor Norah O’Donnell in his first interview since the two tragedies. “We feel terrible about these accidents, and we apologize for what happened. We are sorry for the loss of lives in both accidents, and that will never change. That will always be with us. I can tell you it affects me directly as a leader of this company. It’s very difficult.”

Muilenburg also admitted that implementation of the MCAS software—the new flight control system in the 737 MAX that erroneously pushed the nose of both aircraft down—was not done correctly and that communication on that problem was not what it should have been. Muilenburg’s statements in the interview are undoubtedly a step in the right direction, but the response is late—and tepid. And it will likely do nothing to keep the company from becoming a business school case study in what not to do in a crisis.

“One of the things you want during an interview, especially when you’re trying to do damage control is express emotion, express passion,” says media relations and crisis communications expert David Johnson, CEO of Strategic Vision PR Group. “He seemed overly clinical. He skirted some of her questions.”

Case in point: O’Donnell asked, “Can you imagine how terrifying that was for the people on board?” Muilenburg’s response,” We examine every dimension of these accidents. Not to try to attribute fault or point fingers, but it’s to understand end-to-end what happened.”

“That should have been a thoughtful question for him,” says Johnson. “He should have said, ‘It’s unimaginable, I cannot even think about it. My heart goes out to the family members.’”

Another bit of Muilenburg’s boilerplate was his response to the question about what went through his mind when he heard about the second plane crash: “This gets to the core of who we are as a company. You know, I’ve been at Boeing for 34 years. I spent a career working on safe products. We pause, we assess the situation, we immediately began to take actions on what we could do to improve and in the end this reinforces our values as a company.”

Crises are bound to happen in corporations. It’s the response to the crisis that forms lasting public perceptions about the character of a company. The gold standard in crisis management is Johnson & Johnson’s 1982 massive product recall after Tylenol tampering in Chicago poisoned seven people to death. Toward the other end of the spectrum: A 2010 rig explosion in the Gulf of Mexico that took 11 lives and put BP’s CEO Tony Hayward under the glare of media scrutiny. He uttered a number of gaffes including the famously thoughtless “I want my life back” remark.

Boeing’s numerous missteps after the 737 MAX crisis have damaged its solid reputation and harmed passenger confidence in the plane. “The key to crisis communications is being proactive,” says Johnson “What Boeing should have done right away is announce that they were grounding the 737 Max until they could find out what the problem was.” But as aviation authorities across the world were grounding the MAX after the March 10 Ethiopian crash, Muilenburg appealed directly to President Trump about the safety of the aircraft, according to the NYT. A day later, under increasing pressure, the company decided to recommend to the FAA the temporary suspension of the fleet out of an “abundance of caution.”

Approximately a month after the second crash, Muilenburg recorded an apology video that also references a “chain of events” he said happens in most crashes, which seemed to deflect full accountability away from Boeing and the part the MCAS system played in the crash. He reiterated pilot blame a few weeks later at the annual shareholders meeting when he said some procedures were not “completely followed.” He also said the company hasn’t “seen a technical slip or gap in terms of the fundamental design and certification of the approach.”

Then several days later, Boeing issued a very different statement, admitting that the company knew more than a year before the Lion Air crash that there was a mistake in the software. The statement also says Boeing informed the FAA only after the Lion Air crash. And notably, this admission makes a point of stating that senior company leadership only became aware of the error after the first accident.

Weigh all that against GM CEO Mary Barra’s up-front response to the 2014 ignition switch defects that claimed more than 100 lives. She didn’t circle the wagons around a legal strategy that would limit liability. She took responsibility. She apologized, communicated deftly to stakeholders, visited family members, hired Ken Feinberg, who oversaw the September 11th Victim Compensation Fund, to handle victim compensation at GM. She also hired an independent investigator, and fired people linked to the scandal.

“One of the foundations of good crisis management is acknowledge, apologize and act,” says crisis communications strategist Jeff Eller, who worked on the GM ignition switch issue as well as the Firestone tire recall. He adds: “[Muilenburg’s] personal apology is pretty interesting because it tells me it’s reached a point where the CEO doesn’t have much of a choice but to do that.”

Another leader who understands how to act in crisis: Richard Branson. After the 2014 explosion of a Virgin Glactic space plane in the Mojave Desert that killed a test pilot and seriously injured another, Branson struck the right tone by traveling to the scene of the crash and communicating personally and sympathetically about the human tragedy.

And though United Continental CEO Oscar Munoz, botched his initial response to the passenger being dragged off a flight last year—he called it an “upsetting event” and told employees he stood behind them—Munoz quickly reversed course after public outrage. “No one should ever be mistreated this way,” he said in a statement. “It’s never too late to do the right thing.” He also expressed feeling “shame” in an ABC News interview.

Reestablishing credibility with airlines and passengers is a monumental task for Boeing. The first step is getting the planes off the ground. When will that happen? Not as soon as originally thought. After a meeting in Fort Worth last week with global civil aviation authorities, acting FAA chief Daniel Ellwell declined to give a timetable: “If it takes a year to find everything we need to give us confidence to lift the order, then so be it.” United recently extended flight cancellations for their 737 MAX planes until early August. Even once the plane flies, the airline will not “assume everyone will want to fly or assume that everyone will get over it,” said Munoz recently to CNBC. Which means Muilenberg still has a long road ahead in managing this crisis: “We know it will take some time to earn and re-earn that public confidence.”