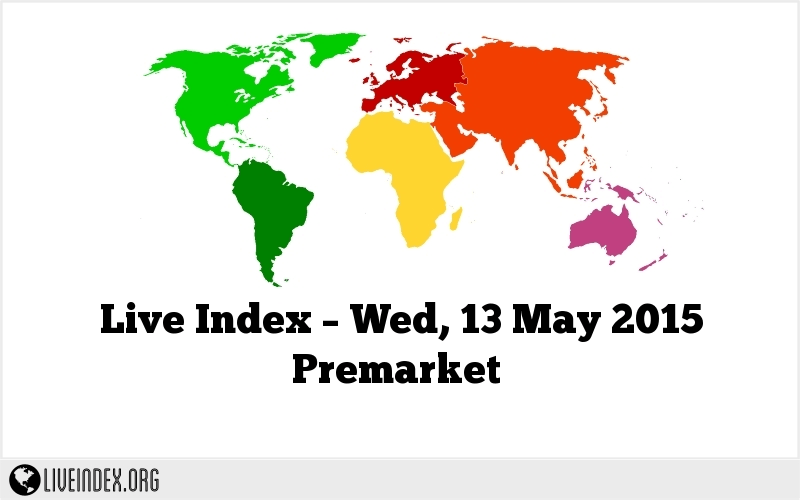 June E-mini S&Ps (ESM15 +0.25%) this morning are up +0.27% and European stocks are up +0.85% after global bond markets rallied and after Eurozone Q1 GDP expanded as expected. The British pound fell back from a 4-3/4 month high against the dollar after the BOE cut its 2015 UK GDP forecast and after BOE Governor Carney signaled the BOE may keep interest rates at record lows for longer than expected. Asian stocks closed mixed: Japan +0.71%, Hong Kong -0.58%, China -0.58%, Taiwan +0.45%, Australia +0.71%, Singapore +0.31%, South Korea +0.70%, India +1.39%. China’s Shanghai Composite Index closed lower after China Apr fixed-asset investment growth grew at the slowest pace in over 14 years and after China Apr industrial production rose less than expected.

The BOE cut its 2015 UK GDP forecast to 2.5% from a 2.9% forecast in Feb and raised its 2015 inflation forecast to +0.6% from a Feb estimate of +0.5%. BOE Governor Carney said that “persistent headwinds continue to weigh on the U.K. economy” and that this may require “not only a more gradual rate of increase in bank rates than in previous cycles, but also require the level of bank rates to remain below average historical levels for some time to come.”

Vale (VALE -3.79%) was downgraded to ‘Neutral’ from ‘Outperform’ at Macquarie.

Humana (HUM +4.06%) was downgraded to ‘Underperform’ from ‘Neutral’ at Sterne Agee CRT.

American Eagle (AEO -1.40%) was upgraded to ‘Outperform’ from ‘Market Perform’ at Cowen.

Kimberly-Clark (KMB -0.15%) was upgraded to ‘Overweight’ from ‘Equal Weight’ at Barclays.

Vertex (VRTX -2.61%) jumped over 7% in after-hours trading when it confirmed that an FDA panel voted 12-to-1 to recommend approval of its drug Orkambi for use in people with cystic fibrosis.

American Express (AXP -0.78%) rose nearly 2% in after-hours trading after it authorized a 150 million share repurchase and raised its dividend.