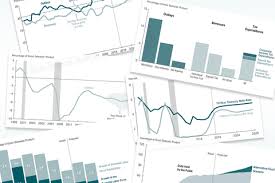 The Deficit Is Growing Far Faster Than Predicted

The Treasury Department issued its monthly report on receipts and outlays of the government and, for deficit hawks, the news is not good. Money is flowing out far faster than it is coming in.

The first six months of the federal government’s fiscal year, which runs from October through September, saw the annual deficit already reach $ 691.2 billion dollars. At the same point last year, the deficit was $ 599.7 billion and the entire deficit for 2018 was $ 779 billion.

The official estimated deficit for the year is supposed to be just under $ 1.09 trillion. If the current pace keeps up, the total could run to almost $ 1.4 trillion.

“People have been talking about bringing government spending and deficits into more reasonable rates, but every time we hear politicians say, ‘Don’t worry about it,’” Edward Stringham, president of the American Institute for Economic Research, also a professor of economic organizations and innovation at Trinity College in Hartford, Conn. told Fortune. “They’ve been essentially kicking the can down the road and we are now in the situation where United States government debt is at record levels and there are no signs in sight of how this is going to be rectified.”

Although both Democrats and Republicans talk about the problems of deficits, they tend to do so when they are out of power, so no meaningful change happens.

According to a Government Accountability Office report of April 10, 2019, the “federal government’s current fiscal path is unsustainable,” and “the longer action is delayed, the greater and more drastic the changes will have to be.”

Increasingly more money must go into paying interest on the national debt, which is the collected total of all deficits and surpluses, with too many of the former and not enough of the latter. This year, the cost of interest on the debt has run $ 896 million every day.

Some argue that the government could keep printing money to pay its debts. Historically, however, that has led to hyperinflation and economic disaster in other countries.

As the owed interest payments grow, there is less room for other spending, which isn’t good at a time when all parts of the federal budget keep climbing and the Tax Cuts and Jobs Act of 2017 has significant reduced income from taxes. According to the Treasury report, in the October 2018 through March 2019 period, individual income taxes received were about $ 723.8 billion and corporate income taxes were $ 70 billion. For the same period in the previous fiscal year, individual taxes were $ 736.3 billion and corporate taxes, $ 79.6 billion. Proponents of the tax cuts argued that increased economic growth would more than make up the reduction in tax levels, but it hasn’t thus far.

At least for now, the flow of red ink shows no signs of stopping.