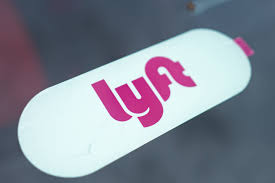 Lyft Rises 9% on First Day of Trading for a Market Cap of $26.5 Billion

Lyft’s long-awaited debut on a U.S. stock exchange proved to be a success Friday, with the stock closing up 8.7% at $ 78.29 a share, giving the ride-hailing pioneer a $ 26.6 billion valuation after its first day of trading and auguring a warm welcome for other tech decacorns that have shunned the IPO pipeline for years.

Although the company reported a 2018 net loss of nearly a billion dollars, investors clamored for a piece of the Lyft IPO, with underwriters reporting demand for the stock that was 20 times larger than the shares available, the Wall Street Journal said.

Lyft’s shares began trading around 11:55 a.m. ET, opening at $ 87.24 a share, or 21% above its offering price of $ 72 a share, according to Nasdaq. More than 71 million shares changed hands as investors sought out or sold shares in the stock market. Lyft trades on Nasdaq under the ticker “LYFT.”

The warm market reception and sizable market cap for Lyft represents something of an unlikely success for what had long been considered an underdog in the on-demand startup space. Since its founding in 2012, Lyft has struggled to compete against a larger and better-funded Uber, which is planning its own IPO in coming months. A series of scandals at Uber helped Lyft reach out to that company’s disaffected users.

As Polina Marinova pointed out in Friday’s Term Sheet newsletter, Lyft president John Zimmer recalled the challenge that Uber posed to Lyft early on. “Four or five years ago, we woke up one day and Uber had 30 times the amount of cash as us. Thirty times. Everyone assumed we were dead. And they tried to kill us,” Zimmer said at Fortune’s Brainstorm Tech conference last year. “I mean, mostly figuratively.”

Lyft said in its prospectus that its revenue in 2018 more than doubled to $ 2.2 billion, while net loss increased to $ 911 million from $ 688 million in 2017. The $ 911 million figure is said to be the biggest net loss ever reported by a company about to enter the public stock market for the first time.

Analysts greeted Lyft’s IPO as an auspicious indicator for other companies like Uber, Pinterest, Zoom, Slack, and Palantir that could go public in several months. Barrett Daniels of Deloitte & Touche said the “excitement” among investors for these tech IPOs suggests “this IPO market could end up being historic.”

“This IPO is a ‘watershed’ event for the tech sector as well as the ride-sharing industry that in our opinion has become one of the most transformational growth sectors of the U.S. consumer market over the past five years,” analysts at Wedbush Securities wrote in a note following Lyft’s IPO.