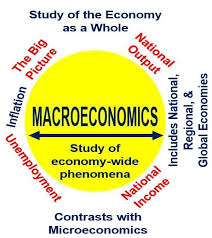 How Argentina and Japan continue to confound macroeconomists

MANY PEOPLE make fun of macroeconomics. But any theory that must explain both Argentina and Japan deserves sympathy. Why, in particular, is inflation so stubbornly high in one and low in the other? In Argentina, consumer prices were 50% higher in February than a year earlier, the fastest increase since 1991. In Japan over the same period, inflation was less than 0.2%, equalling the lowest rate since 2016.

The inertia in both countries is puzzling. Inflation has stayed low in Japan despite a drum-tight labour market (unemployment has remained at 2.5% or below for over a year) and high in Argentina despite a fast-shrinking economy: its GDP contracted by more than 6% year-on-year in the fourth quarter of 2018.

The two countries, of course, have long mystified economists. In 1950 Argentina’s GDP per person was three times that of Japan, according to the Maddison Project database. The Eva Perón charitable foundation, run by the president’s wife, shipped 100 tonnes of relief supplies to the war-battered Japanese. Thousands of Japanese migrated in the opposite direction, creating a population of 23,000 Nipo-Argentinos by the end of the 1960s.

But the two countries’ economic paths went on to cross decisively. Japan’s GDP per person eclipsed Argentina’s around 1970 and is now about twice as high, measured at purchasing-power parity. Its success and Argentina’s failure defied predictions. Simon Kuznets, who won the Nobel prize in economics in 1971 for his work on growth, put it best: there are four types of countries in the world—developed, undeveloped, Japan and Argentina.

Policymakers in both countries have tried hard to make them macroeconomically “normal”. After Shinzo Abe became Japan’s prime minister in 2012, the central bank promised to raise inflation to 2% in about two years by expanding its asset purchases. And after Mauricio Macri won Argentina’s presidency at the end of 2015, the central bank promised to raise interest rates enough to bring inflation down below 17% in 2017 and 12% in 2018, paving the way for an inflation target of 5% thereafter.

In both cases, these bold new policy frameworks seemed to offer a decisive break with a sorry past. In Japan, previous central-bank officials had resigned themselves to mild deflation or even welcomed it, redefining failure as success. In Argentina, the previous government had responded to high inflation by simply fiddling the figures, misreporting failure as success.

But the early optimism has faltered. Both governments have been forced to revisit their targets and their instruments for achieving them. When price pressures proved more stubborn than Argentina expected in 2017, the government relaxed its unachievable inflation targets to bring them closer in line with reality. But that tweak led investors to lose faith in the authorities’ resolve to tackle rising prices. In Japan, many commentators think the central bank should lower its seemingly unreachable 2% inflation target to something more achievable. But just as investors overinterpret evidence of slackening in Argentina, they pounce on any sign of tightening in Japan. Any tweak in the central bank’s target will probably be misinterpreted as a change in its policy, rather than an acknowledgment of reality. Given their track records, neither central bank enjoys the benefit of the doubt.

Indeed, memories of the past create self-fulfilling prophecies. The holders of Argentine currency bear many scars, including hyperinflation, devaluation, redenomination, and the corralito that froze their deposits in 2001. The yen, by contrast, is seen as a safe haven. When trouble strikes, investors are quick to flee from Argentina’s currency, whereas the Japanese are quick to flee into theirs. Recent drops in the peso, which has fallen by over 10% so far this year after plunging by 50% last year, are one cause of inflation’s recent resurgence. Periodic appreciations of the yen have had the opposite effect in Japan.

The sorry track records of each central bank also diminish their influence over wage negotiations. In both countries, workers demand that their pay keeps pace with the price pressures they feel, not the inflation the central bank promises. During the spring shunto (or wage offensive), Japan’s big companies and unions thrash out wage deals that set a benchmark for other parts of the economy. Companies like Panasonic, Hitachi and Toshiba have this year offered increases in base pay of only 0.3%, according to Capital Economics, a research firm.

Argentina has a similar set of negotiations known as paritarias. Some economists expect them to yield wage increases of 30-35% this year, which will help keep inflation uncomfortably high. In parts of Argentina the school year, which begins in March, was delayed by striking teachers demanding salary increases to offset last year’s inflation and this year’s, whatever it turns out to be.

Argentina’s inflationary tendencies reflect its long struggle to live within its means. Japan’s deflationary bent reflects a struggle to live up to them. Argentina’s national saving rate has averaged only 17% of GDP over the past 30 years, too low to meet its ambitions for investment. As a consequence, it has recorded a deficit in its current account with the rest of the world in 30 of the past 40 years. Japan, on the other hand, has run a surplus since 1981 and is now the world’s biggest net international creditor. Despite some signs of change (see article), Japan’s corporations still hoard cash and other financial assets, rather than splashing out on the higher wages or dividends a rich economy can afford.

There are four types of countries in the world: developed, undeveloped—and economies in each of those two categories who think they are in the other.