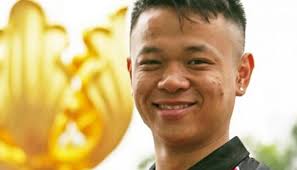 The Inter-American Development Bank cancels its big bash in China

FAMOUS FOR its hotpot and pandas, Chengdu, in China’s inland Sichuan province, is not an obvious venue for a conference about Latin America. But it was looking forward to hosting this year’s meeting of the Inter-American Development Bank (IDB), which provides aid, advice and cheap loans to 26 developing countries in Latin America.

The meeting was intended to mark ten years since China joined the bank in 2009, acquiring 0.004% of its shares. South Korea had similarly played host in 2005 to mark its tenth anniversary. At last year’s gathering in Argentina, the bank’s choice of Chengdu was celebrated by a Chinese dance troupe—and someone in a panda suit.

Now the suit must go back in the closet. The bank has said it will hold its meeting elsewhere, because China has refused a visa to Ricardo Hausmann (pictured), an economist at Harvard University who was recently approved as Venezuela’s representative at the bank. Mr Hausmann was nominated by Juan Guaidó, the leader of Venezuela’s legislature, who has been recognised as the country’s president by many of the IDB’s members (a notable exception is Mexico).

China, however, still recognises the presidency of Nicolás Maduro, the political heir to Hugo Chávez, who began a second term in January after rigging last year’s election. China was happy to hold the meeting without anyone from his odious regime taking part. But it said it did not want to “politicise” the event by accepting Mr Guaidó’s appointee.

Some members were already unhappy with the choice of venue. The Americans in particular are wary of China’s newly ambitious chequebook diplomacy, which they think is winning geopolitical friends and indebting people around the world. David Malpass, who handles international affairs for America’s Treasury, has criticised the IDB’s willingness to co-finance projects with China, fearful that such ventures give China unwelcome influence through the bank, rather than giving the bank a chance to influence China’s lending practices for the better. This suspicion of China is a little awkward, since Mr Malpass is set to become the next boss of the World Bank, where China holds rather more than 0.004% of the shares.

Besides, keeping the IDB out of China will hardly keep China out of Latin America. Through institutions like the China Development Bank and the Export-Import Bank of China, it has lent more than either the IDB or the World Bank to Latin America since 2010. In a region that typically seeks to invest more than it saves, few countries are willing to spurn such a deep source of capital. With luck, Mr Maduro will not last much longer, and Mr Hausmann can invite the IDB, and its Chinese representatives, to a meeting in Caracas.