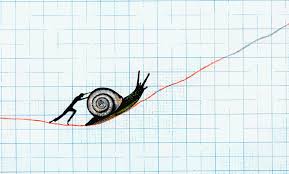 Chief financial officers and even average U.S. citizens have been bracing themselves for a recession, either this year or next.

American executives and investment experts have been more sanguine in surveys, typically discounting the possibility of a significant downturn. And, technically, as a recession means sustained negative economic growth, they still are, according to a new CNBC poll of economists and people in the equities and fixed income industries.

But the 43 respondents offered an average expected real GDP gown of 2.3%, factoring in inflation, which is down from the actual 3.1% year-over-year growth seen at the end of 2018’s last quarter. The projection is also down from a January poll that put growth at 2.44%. The poll also suggests that growth will drop below 2% by 2020.

The biggest two drivers for the lowered expectations are slower global growth and tariffs put into place by Donald Trump.

If Trump wants to be a two-term president, he needs to make a China trade deal and start lowering tariffs across the board,” Hank Smith, co-chief investment officer at Haverford Trust Company, said to CNBC. “This will cause business confidence to rise and capital spending to increase, stimulating the economy.”

When that might happen is a question. Trump has floated the idea of walking away from a deal with China if it isn’t to his liking.

A potential economic slowdown could convince the Federal Reserve to put off another interest rate hike, according to the poll. In January, 78% of respondents expected a rate hike sometime this year. That is down to 60% now.