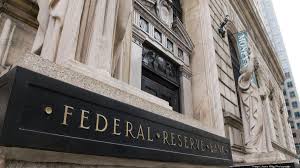 Banking regulators are easing some controls that went into place after the Great Recession.

The Federal Reserve decided to end some of the public pass-fail grades it gave big banks after their annual stress tests, which came about as part of the 2010 Dodd-Frank legislation. Banks have to report how they would perform under various what-if economic scenarios.

Banks will not receive public grades if they had taken the tests for four years and passed in the most recent year. A bank could fail in 2019 and yet still avoid a public grade if it had passed in 2018.

The Fed also voted against ordering banks to hold extra capital in case of a future downturn.

Another bank regulatory body, the Financial Stability Oversight Council that is led by Treasury Secretary Steven Mnuchin, shifted attention from individual nonbank financial firms to market-wide risks, according to the Office of the Comptroller of the Currency. The FSOC oversees such businesses as insurance companies or asset managers. Insurance company AIG was an example of a nonbank financial firm that was tied in with the tumult of the 2008 crash and which needed a massive federal bailout.

At the same time, regulators are discussing whether big banks should defer some executive compensation and claw back more bonuses if losses mount, according to a Wall Street Journal report. Required by Dodd-Frank, the issue has largely been ignored by regulators. Banks are supporting the move, assuming the rules will be easier than if a Democrat wins the presidency in 2020.

But, according to Reuters, the Fed may tighten some rules on foreign banks that have been able to use a loophole to keep billions in assets from some U.S. bank regulations.