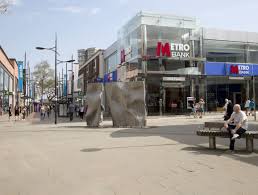 Shares in the U.K.’s Metro Bank plummeted Wednesday morning, falling as much as 33% after the bank missed profit expectations and revealed unwelcome exposure to risky commercial loans.

Metro is a relative upstart, having been founded in the wake of the financial crisis. On Wednesday its 2018 results preview showed a 138% rise in pre-tax underlying profits to £50 million ($ 65 million), but analysts had been hoping for £9 million more.

Profits softened in the last quarter of 2018, and Metro said this trend would continue because of slowing growth.

The bank also heavily adjusted its figures for risk-weighted assets (RWAs), thanks to previous inaccurate calculations for commercial and buy-to-let loans. With its RWAs up by £900 million, Metro’s core capital ratio fell from 19.1% in Q3 to 15.8% in Q4.

“We have a number of levers we can pull to support our capital position and we will look across that,” said CEO Craig Donaldson in an analyst call, according to Reuters, which noted that Donaldson refused to say if Metro would need to ask its shareholders for more money, in order to strengthen its buffers.

“We are operating in a very competitive environment and we continued to see that come through. We have definitely seen a softening of mortgage margins,” Donaldson said.

At the time of writing, Metro’s shares were down 30% in the morning’s trading. The plunge contributed to what was initially a morning of negative sentiment for European stocks — other factors included warnings from French payment outfit Ingenico and the Dutch chip-making-equipment firm ASML. However, the Stoxx 600 was back into the green by European lunchtime.