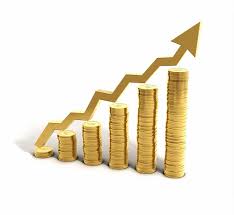 There Is “Significant Risk” Of Recession

There is “significant risk” of a recession in the next two years, former U.S. Treasury Secretary Larry Summers repeated yesterday on Bloomberg TV. Summers, now an economist at Harvard University, focused his comments on China’s economy, which he warned was “seeing as difficult a moment… as any they’ve had in the last 10 or 20 years.”

China was the third-biggest economy ten years ago but is now the second biggest — and has even overtaken the U.S. accounting for purchasing power parity — so its impact on the global economy is growing. It has also avoided recession for 25 years, which some observers attribute at least in part to its unusual fiscal policy, involving local government lending and a large shadow banking system.

Summers also weighed in on the Federal Reserve Bank’s policy.

The Fed is buying back bonds at a pace of up to $ 50 billion a month and its chairman Jerome Powell said at a January 4th meeting that it might pause its recent pattern of raising interest rates. Powell also shot back at U.S. President Donald Trump, saying that he would not resign if Trump asked.