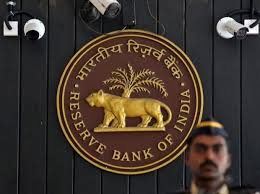 RBI to consult with government, focus on bank sector

MUMBAI (Reuters) – The new head of India’s central bank said on Wednesday he would consult more closely with the government on policy issues and meet heads of state-run lenders within hours to address problems facing the banking sector.

Marking a clear break with the policy approach of his predecessor, Shaktikanta Das also struck a dovish tone on prospects for inflation and the economy, hinting that the Reserve Bank of India (RBI) might adopt a more growth-friendly monetary framework under his watch.

Das was appointed on Tuesday in place of Urjit Patel, who resigned abruptly the previous day after clashing with the government, which has pressured the bank to ease lending curbs and hand over part of its reserves to help fund India’s fiscal deficit.

While offering assurances that he would defend the Reserve Bank of India’s (RBI) autonomy, Das said it also needed to take the government’s views on board.

“Government is not just a stakeholder, but …runs the economy and manages major policy decisions,” he told a news conference. “So there has to be free, fair, objective and very frank discussions between the government and the RBI.”

Das, a seasoned bureaucrat who worked under two successive finance ministers from opposing political parties, said the banking sector would be his key focus and more measures were needed to revive lenders. He planned to meet the heads of a number of state banks on Thursday.

On Friday, the RBI holds a board meeting at which governance issues – notably a push by Prime Minister Narendra Modi’s administration to have a bigger say in the RBI’s regulatory decisions – will head the agenda.

Modi’s ruling Hindu nationalist Bharatiya Janata Party (BJP) is anxious to find ways of boosting the economy prior to national elections due by next May.

Rural poverty and concerns about jobs were central to the outcome of five state elections on Tuesday. The BJP lost them all and relinquished power in three.

Analysts said Das’ move to open up a dialogue with the banks was positive.

“He is trying to give comfort to the banking industry against the backdrop of continued concerns on the financial stability front,” said Rupa Rege Nitsure, chief economist at L&T Financial Holdings.

Indian bonds and stocks rallied on Wednesday on expectations of a dovish shift by the RBI.

Das, who has a reputation as a consensus-builder and is known for a preference towards pro-growth policies, declined to elaborate on what measures he had in mind.

He noted the central bank’s role in inflation targeting, but added that “maintenance of the growth trajectory of the Indian economy is also important.”

While Das may lack his predecessor Patel’s deep macro-economic expertise, his willingness to learn will help him to shape up for the new job quickly, two RBI officials who have worked with him said.

“He is a good administrator and good at coming up with solutions. He doesn’t need to be an expert in economics. He has a full bench of experts in economics and markets within RBI who can guide him,” said one of the officials.

He is also accustomed to challenges, having been the most visible and vocal defender of Modi’s controversial banning in 2016 of high denomination banknotes, standing up to several critics.

With Das at the helm, the second RBI official said he expected Friday’s board meeting to be less confrontational than recent ones under Patel.

“Das is quite friendly with the current government nominees on the board and is senior to them. I expect the board meeting to be cordial and the government ready to give time for him to settle down,” that official said.