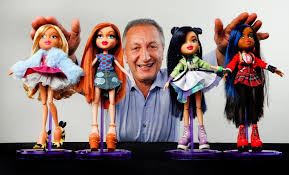 As the liquidation sales get underway at Toys “R” Us stores across the country today, a major toy executive has stepped forward with a proposal to save the beleaguered retailer.

Isaac Larian, the billionaire CEO or MGA Entertainment, maker of the Bratz line of dolls, is leading a group that has pledged $ 200 million to save half of the chain’s stores. The group is looking to raise up to another $ 800 million via a GoFundMe campaign.

It is, admittedly, a long shot. Even if he finds several deep pocketed investors to hit that target, Larian’s plan would have to be approved by the bankruptcy judge overseeing the case.

As of 9 a.m. ET this morning, Larian had raised $ 105 in additional donations for his bid.

Perks for the top tier ($ 10 million) contributors include toys for life, naming rights for the store of your choice and a #SaveToysRUs bumper sticker.

“We can’t just sit back and just let it disappear,” Larian told the Associated Press. “People do not realize the hole that can’t be filled by other retailers. The pipeline is too big.”

Larian, who is using his own money for the bid, says the loss of the chain would be devastating for the toy industry. MGA sells nearly 20% of its products through Toys R Us.