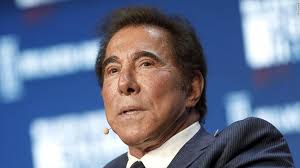 Steve Wynn is now free to sell his stake in the massive casino business he founded.
Wynn Resorts(WYNN) said in a filing on Thursday that Wynn, its former chief executive, and his ex-wife Elaine Wynn, have dissolved an agreement that prevented them from selling their shares.

Wynn stepped down as CEO last month after allegations of sexual misconduct piled pressure on the billionaire casino mogul and sent the company’s stock tumbling.

The company, which operates casinos in Las Vegas and Macau, said in its filing that Steve Wynn may now “seek to sell all or a portion” of the roughly 12 million shares that he owns. Elaine Wynn owns another 10 million shares, giving them a combined 21% stake.

Wynn, 76, has denied the accusations of misconduct, which gained widespread attention in late January after an investigative report by The Wall Street Journal detailed numerous allegations against him, citing dozens of sources.

Shares in the company were trading above $ 200 in January, but dropped sharply after the allegations were made public. They have since recovered some lost ground to trade at $ 186.

Related: How much is Steve Wynn’s exit package worth?

Wynn Resorts said in a separate filing in February that Wynn would not be allowed to sell more than a third of his stake in any one quarter. That restriction was not mentioned in the documents filed Thursday.

Wynn is credited with transforming Las Vegas casinos from gambling dens into entertainment hubs where guests could also watch spectacular shows and eat in high-end restaurants.

In 2006, he opened his first casino in Macau, where gambling revenues now dwarf those of Las Vegas. An even bigger one, Wynn Palace, followed 10 years later.