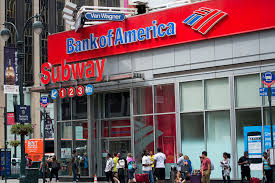 Despite record profits, banks are playing the victim

It’s taken nearly a decade, but the regulatory pendulum is swinging back in favor of banks.

Safeguards designed to prevent another crisis could be removed if the just-passed Senate banking bill becomes law. The legislation, which received support from 17 Democrats, loosens regulations for community banks, regional lenders and mortgage companies.

The deregulation push illustrates a role reversal for the banking industry. In the aftermath of the 2008 meltdown, they were villainized. Now they’re casting themselves as the victims of government regulation run amok.

But banks aren’t exactly starving. In fact, the industry as a whole has been booming for some time — and that was before the gifts of lower taxes and lighter regulation.

America’s banks hauled in $ 164.8 billion in profit last year, according to the FDIC. Take out the short-term accounting hit because of the tax law and profit looks even better — up 7% to an all-time high of $ 183.1 billion.

It’s tough to argue that banks didn’t have enough money to lend with. On the contrary, banks had so much cash that they returned a ton of it to shareholders in the form of dividends and buybacks.

“This is a phony argument,” said Phil Angelides, who led the official inquiry into the 2008 financial crisis.

“We have had a sustained period of financial stability, expanding economy and record bank profits,” he said. “There is no justification for changing what has been a successful law.”

It’s certainly true that not all banks are created equal. A mega bank like Citigroup (C) is vastly different from a tiny community bank in Ohio.

Contrast the strength of banks’ bottom lines with the comments from industry groups and lawmakers supporting the Senate bill.

“The cycle of lending and job creation has been stifled by onerous regulation,” said Senator Mike Crapo, the Republican sponsor of the bill and chair of the Senate Banking Committee.

On the floor of the Senate, Crapo said the legislation would “deliver much-needed relief and economic growth to Main Street America.”

The Financial Services Roundtable, one of the most powerful banking lobbies, called the bill a “major first step to boost economic growth and help expand opportunity for more Americans.”

Yet opponents of the rollback of Dodd-Frank characterized the legislation as a cash grab by banks.

“Bankers are popping champagne,” Democratic Senator Elizabeth Warren tweeted. She slammed Republicans and Democrats for passing a bill that will “set the stage for another financial crash.”

The Crapo bill created a divide among Democrats. Senator Mark Warner and others who supported Dodd-Frank in 2010 threw their weight behind this legislation.

Warner called it a “sensible, bipartisan” bill that will “roll back unnecessary and burdensome regulations on credit unions and small community banks.”

Analysts have said there may be truth to the argument that community banks were unfairly caught up in regulations intended to rein in big banks. Even Barney Frank, one of the authors of the 2010 reform law, has favored helping smaller lenders that have faced higher legal costs.

“In our efforts to properly constrain the big banks — and they needed it — we bludgeoned thousands of community banks with restraints they don’t need,” said Paul Friedman, a senior executive at Bear Stearns up until its collapse a decade ago.

But Angelides notes that the Crapo bill does more than just help the tiniest banks.

The legislation would raise the threshold at which banks are considered too big to fail from $ 50 billion to $ 250 billion. That would free about two dozen large banks below the size of Bank of America (BAC) and JPMorgan Chase (JPM) from the toughest scrutiny from the Federal Reserve.

“What does relieving 25 of the 38 biggest banks have to do with community banks?” Angelides said. “Zero.”

The bill would also allow the Federal Reserve to stress-test banks less frequently and shield midsize banks from the process entirely.

The question is how far the legislative and administrative rollback of crisis-era rules will go. Will regulation move into equilibrium, or will the pendulum swing too far?

“Regulators, like generals, always fight the last war,” said Friedman, the former Bear Stearns executive. “There will be another crisis, somewhere. Hopefully it will be a lot less severe than the last one.”

Bank lobby groups signaled in their statements on Wednesday that further deregulatory efforts are underway.

“This is just the start,” Angelides said. “They are not going to let up. They are going to keep pushing and pushing.”